It was an experiment in empathy. The nonprofit group SOS Children's Villages recorded a secret video of Norwegians interacting with a child out in the cold without a jacket.

The result: a heart-warming montage of people offering the child the clothes off their backs. The video is part of the group's larger campaign to encourage Norwegians to give warm coats and blankets to displaced Syrian children.

Children make up half of all refugees from the country, according to the UN. Most Syrian refugees have fled to neighboring countries like Lebanon, Jordan and Egypt, as well as to North Africa and Europe.

Here's a rough translation of the script:

It's heartening to read a nice story now and then, isn't it? This one is from this morning's edition of the Global Post.
♡
Posted by susan at 8:11 AM 12 comments: 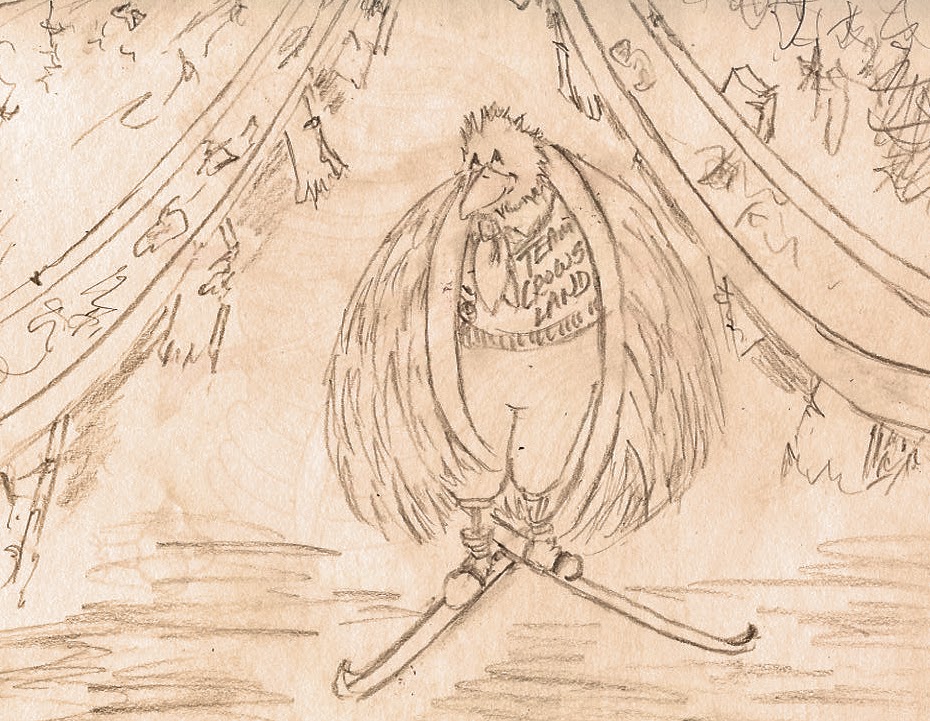 Crow and I are assuming the most recent Olympic Games have now ended and once again we've been shaking our heads. It's no secret the International Olympic Committee is riddled with elitism, arrogance, bribery and worse. With this in mind it becomes much more understandable that when a city is 'gifted' the 'opportunity' of the Olympics that the amount of money required to put on a good show for the world would be staggering.

Overspending on the Olympics can do real economic harm to national economies and has little impact on the quality of the competition. Montreal spent 30 years paying off its debt from hosting the 1976 Summer Olympics. Greece spent $16 billion on the 2004 games in Athens, piling up debts that contributed to the collapse of its economy six years later, even as Olympic venues rotted in disuse.

Russia has spent about $50 billion to build a ski resort from scratch in Sochi: not just trails and snow-making machines, but also roads, rail links, hotels, even a power plant. It’s an amazing  achievement, not least because the Winter Games are less than a third the size of the Summer Games, and London spent only about $14.5 billion in 2012.

Seriously, it's well past time to build permanent facilities for the Summer and Winter Games. Olympia in Greece, which hosted the games for almost 12 centuries from 776 BC, is often proposed for the Summer Games (the Greek government offered 1,250 acres near Olympia in 1980). The Winter Games could take place in Japan or, perhaps, Switzerland. At fixed locations, the investment in state-of-the-art facilities would make financial sense. The venues could be carved out on neutral soil, much like the United Nations in New York, and operated using revenue from tickets, TV rights and merchandise.

Whatever solution is used is less important than that enduring sites be chosen and that the selection game be stopped.

Maybe next time we'll talk about how much it costs to build five separate stadiums to host the World Cup.
♡
Posted by susan at 1:32 PM 21 comments: 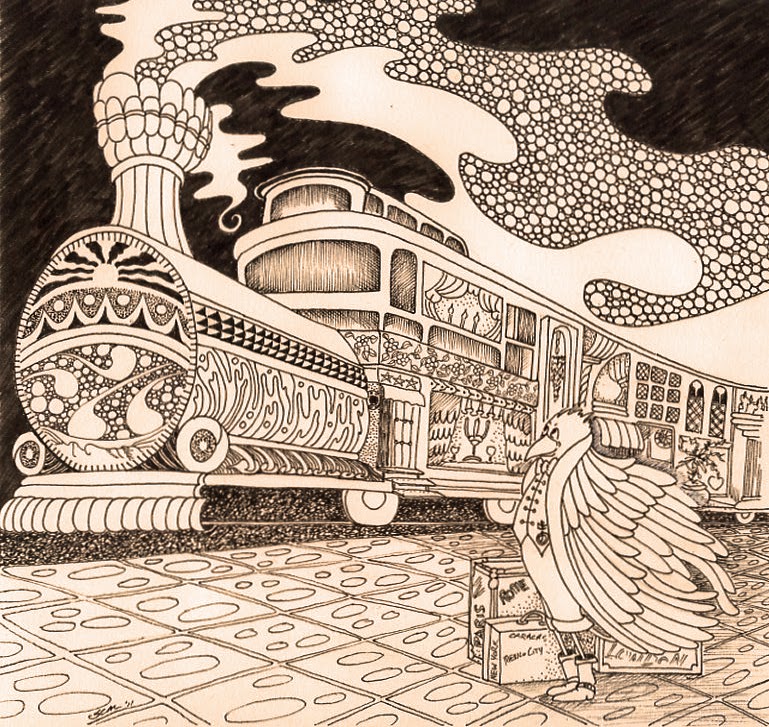 It's funny how time slips away when one gets distracted by other things. Once I'd assisted Crow by rearranging his library I undertook the project of doing the same with our own collection of books, none of which have ever been sorted very well. Even in Portland we'd often go from room to room, upstairs and down, in search of a book we knew we'd seen somewhere next to something else. A few days ago our mail carrier rang the bell with a delivery of two new shelving units from Amazon. Why Amazon, you may ask? Well, as you may know, we've moved from one place to another a number of times over the years and rather than keep all our books, movies and video games on the floor we were delighted at the innovation of folding, stackable bookcases. Here in Canada it appears the only place these can be found is on Amazon. When the lady puffed into the lobby carrying one huge box as my husband picked up the other I mentioned my surprise that they weren't delivered by a transport company. After telling me they do all Amazon deliveries my only response was to hope Amazon Canada doesn't start offering refrigerators.

Meanwhile, Crow and I have been continuing to think about a possible solution to the crises humanity faces. Coupled with a commitment to community and co-operative based localised energy schemes, a more innovative locally owned economy and a significant change in values from 'I love shopping' to 'I'd like my grandchildren to have half a chance of a reasonable life,' sound like good ideas.

As Crow says, 'People have been trapped in a bubble of surreal economics and politics for so long that there is no possibility in some of your minds that there is any alternative. There are many; neither crows  or humans are the passive victims of the techno-machine that neo-liberal orthodox thinkers believe us to be. There are a million possibilities for the human condition and you don't have to stick with tired, cynical, self seeking and crass rhetoric of those who appease a system long since shown to be corrupt and past its sell by date.

'Wouldn't it make far more sense to invest in successful co-operatives, which benefit the lives of ordinary people, than to invest billions into failed banking organizations that continually treat the ordinary population with contempt as they continue to develop their self serving shady financial dealings?'

He went on to show me a film of one of his young cousins that you may enjoy too:

Please excuse old Crow portrait, but it's a favorite of us both.
I promise more soon. 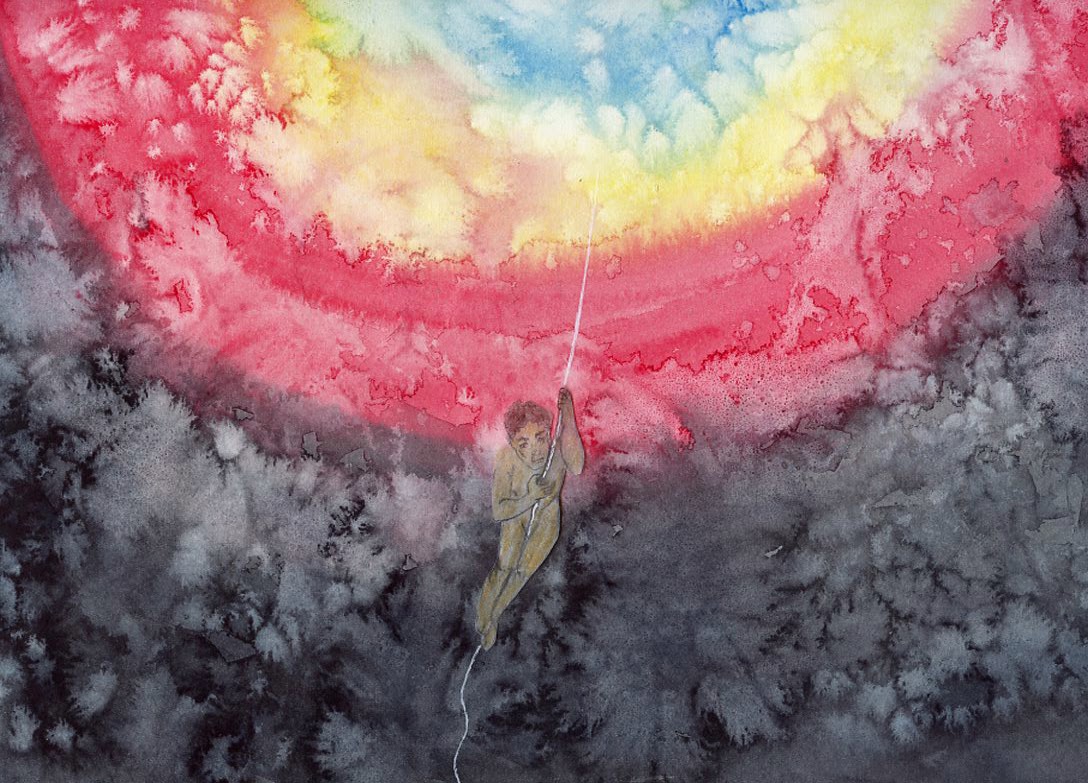 One fine day the Buddha (or possibly, Jesus) was strolling in the gardens of Paradise when he stopped by a crystal clear pond. As his gaze penetrated the limpid pool he saw all the way down to the depths of Hell, where his eyes came to rest on one particular sinner. His name was Kandata, a cold hearted criminal who had but one good deed to his name: while walking through the forest one day he had decided not to kill a spider he was about to crush underfoot. Moved by this singular act of compassion, the Buddha (or Jesus), took a silvery thread from a spider in Heaven and lowered it down into Hell.

Down in Hell, the myriad sinners are struggling in the Pool of Blood, in total darkness save for the light glinting off the Mountain of Spikes, and in total silence save for the sighs of the damned. Kandata, looking up by chance at the sky above the pool, sees the spider's thread descending towards him and grabs hold with all the might of a seasoned criminal. The climb from Hell to Paradise is not a short one, however, and Kandata quickly tires. Dangling from the middle of the rope, he glances downward, and sees how far he has come. Realizing that he may actually escape from Hell, he is overcome by joy and laughs giddily. His elation is short-lived, however, as he realizes that others have started climbing the thread behind him, stretching down into the murky depths below. Fearing that the thread will break from the weight of the others, he shouts that the spider's thread is his and his alone. It is at this moment that the thread breaks, and he and all the other sinners are cast back down into the Pool of Blood.

The Buddha (or Jesus) witnesses this, knowing all, but sad nonetheless. In the end, Kandata condemned himself.

This was an old story I found that was told by Buddhists and Christians.
I've noticed morality tales are universal.

the game goes on

I'm sure I've written about him before, but Andy Goldsworthy's artwork in nature is something that calms me when I've read too much about the environmental destruction that continues to be wrought upon the planet.

The most recent, and unnecessary, example I've read about recently is the decision made by the Australian government to allow millions of tonnes of sludge to be dumped inside the Great Barrier Reef Marine Park in order that they may build a port to export more coal. This is despite the written pleas of several hundred scientists who stated in part of a letter, "Sediment from dredging can smother corals and seagrasses and expose them to poisons." It's not that there aren't other ways to deal with creating a larger port, but the Australian government has decided to go for the cheap, fast and dirty one. 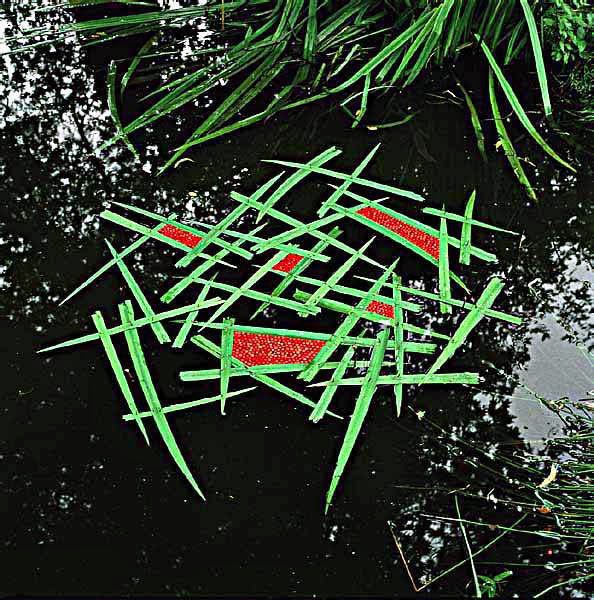 What's most aggravating about the huge projects developed around extracting the fuels required to keep our modern industrial machines running, is that the people who allow them and profit from them, never consider the damage done to the environment. It's not that they don't know, it's that they prefer not being told. Another piece of news reported yesterday is that scientists have determined the amount of harmful pollutants released in the process of recovering oil from the tar sands of western Canada is far higher than corporate interests say it is.

Some time ago there was a phrase 'Think globally, act locally' that prompted many people to enter the environmental movement. A new book written by historian Joachim Radkau called 'The Age of Ecology' that will be published this spring is on my list for purchase: 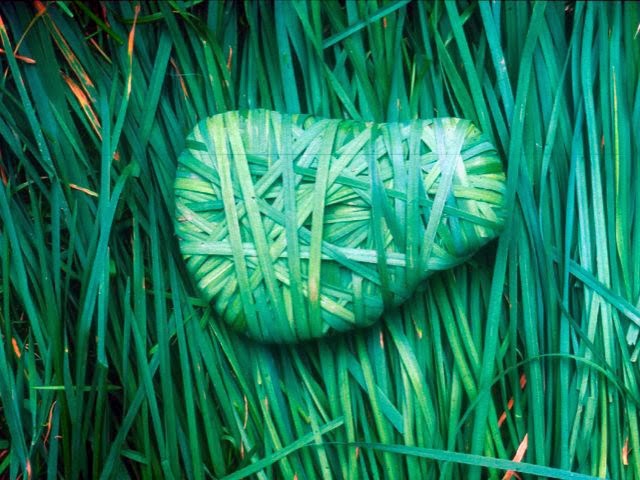 The environmental movement, notes the author, has demystified the myth of technological progress for good. At the same time, however, a nature conservation movement that has now gone on the offensive harbours a design for the re-enchantment of the world. And this occurs mainly through what takes place locally. The practical use of environmental history, the retrospective of past decades, consists in seeing how, behind the jumble of environmental regulations, the simple concerns and basic motives, such as the need for and the right to clean water, clean air, peace and quiet and healthy nourishment, were again recognised and pursued at the local level.

From the reviews I've read the core of his history is the rise of environmental activism in the past half century, charting how this movement has been tightly linked to the fate of biological life (including us, but not just us in particular I would presume) on the planet. He seems to see a great flowering of ecological awareness developing despite the current conflict with capital interests.

What the governments and corporations are telling us by their actions is that we live in a world of endless resources that can be used for unending production. This is patently untrue for the many of us who witness the destruction and waste that surrounds us. The one thing they never want to face is our need for conservation of resources - a subject that must be addressed. What use are the products of great wealth on a planet ravaged by drought, famine, sea level rise, dead and dying oceans, and a polluted stormy sky?

Meanwhile, a sample of a documentary called 'Rivers and Tides':

As Crow says (although he may not have originated it), 'Where there's life, there's hope. I got my Green Party membership card in the mail this morning.