crow on the range 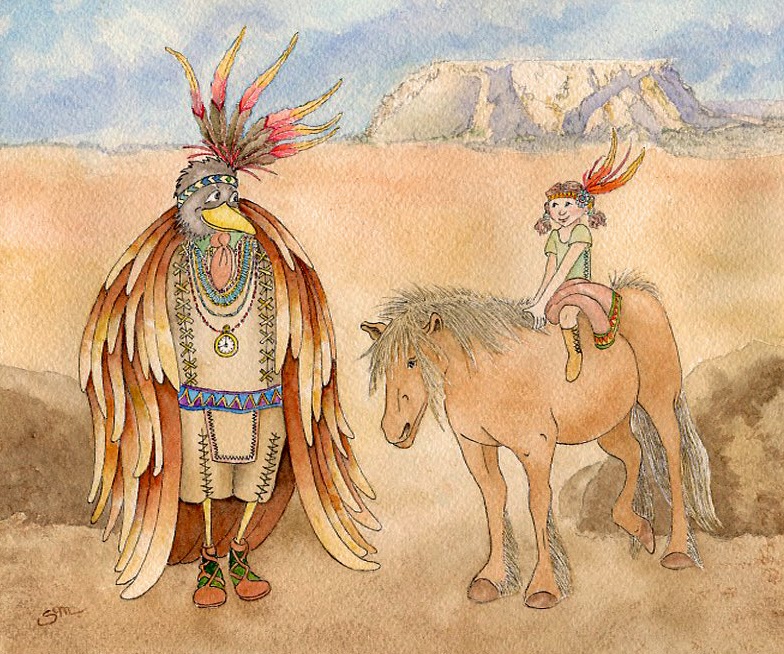 It just so happened that I'd been working on turning another of Crow's sketched portraits into a colored image for his scrapbook when what should I find but the following piece of good news:

'A room full of surprised veteran B.C. Aboriginal leaders erupted in “cheers and tears” after the Supreme Court of Canada, in the most important aboriginal rights case in the country’s history, ruled that the Tsilhqot’in First Nation has title 1,750 square kilometres of land in south central B.C.'
from the Vancouver Sun on June 27th

'The Canadian Supreme Court decision gives full title to Yinka Dene of their land. Not all First Nations, just the 6 bands in the Yinka Dene Alliance. This probably means the Northern Gateway Pipeline proposal to the Pacific Ocean is Dead. Yes Enbridge can route around the Yinka Dene lands, only at greatly added cost.'
from Daily Kos on June 27th

While this is definitely good news for the First Nations people and all of those who love and respect the land, Crow has his own opinion about what it will take for  things to improve:

I've yet to hear anyone say that they want no power/generation. Perhaps they're envisioning some sort of fairy-dust based power that has no environmental impact? No, that's not true, fairies are mass-raised in factory farms for their dust, it's a brutal industry....  ;) As everyone should understand by now you can't reasonably just move the problem off into some other corner of the world and say, "I can't see it any more, so problem solved!"

Ultimately, the only solution is to reduce demand. And that's where the focus needs to be. Humanity would do well to remember The Great Law of the Iroquois:

“In every deliberation, we must consider the impact on the seventh generation... even if it requires having skin as thick as the bark of a pine.”
♡
Posted by susan at 1:21 PM 20 comments: 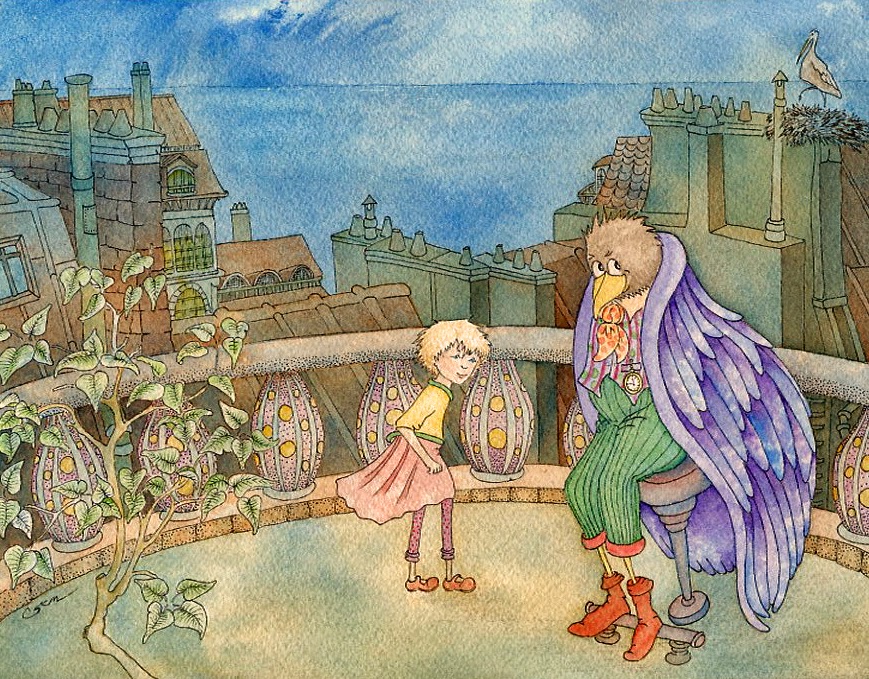 Crow was kind enough to pose again while the three of us enjoyed the view from his terrace in Alternate Halifax this week. In case you don't know already, AH is a large town that overlooks a very large ocean on the planet known as Alternate Earth, a perch from which Crow occasionally flies from to visit those of us who live on our own regular Earth.

Thought for the day:
Nature always gets the last word.

back to my work 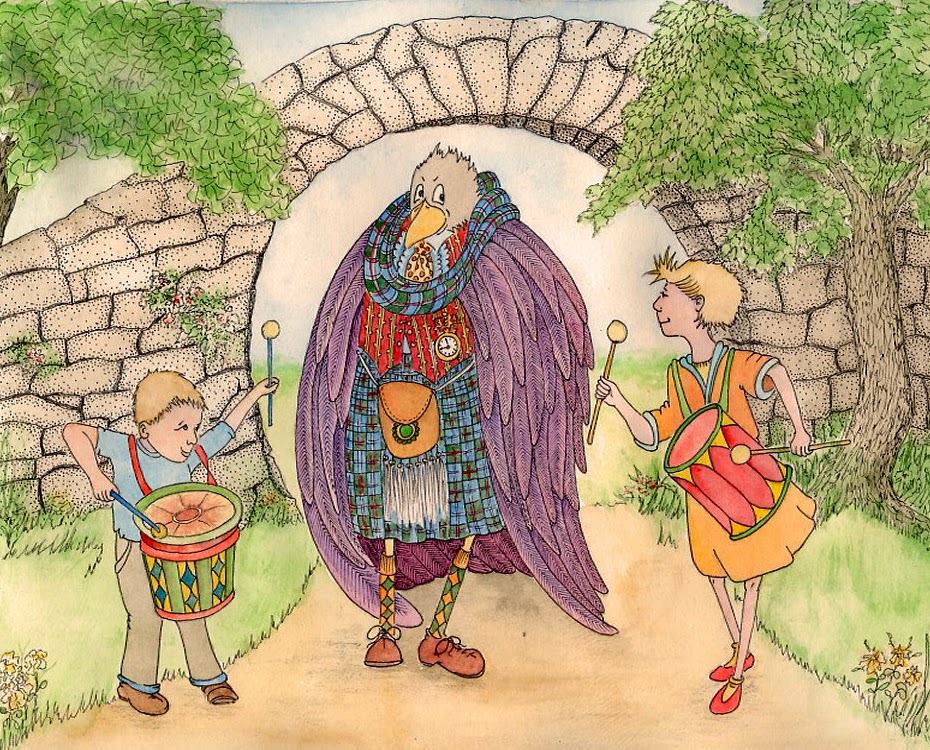 It looks as though summer festival time is on its way here; one afternoon a couple of days ago it was actually warm enough for us to take our coats off for half an hour while we walked around the park. Yes, things are looking up - at least in these parts, and, hopefully, where you are too. As you can see, Crow is prepared for the local Tattoo. But I did make him take his bagpipes down the road and around the corner to practice. There's only so much a person can take.

Speaking of how much a person can take, a few weeks ago I made up my mind to try out a social network. No, I haven't joined facebook or twitter, what I did instead was to return to Deviant Art - or dA as it's fondly called by members. My first foray there was in 2009 when I signed up, posted a couple of pictures, became overwhelmed by the sheer chaos of the site, then promptly ran away. This time I've managed three weeks and it's still pretty interesting - huge, yes, with 31,000,000 members - but, as you can imagine, there's lots to see. Some of the work I've seen so far is phenomenal - not all, but that's to be expected in an open forum. It's nice to see that so many people are trying.

What's even better for me is that it's participatory rather than being strictly an online place to post things for sale. It's good to be able to have conversations with other artists about their processes and inspiration. While I'm interested in a number of subjects it's not like I can engage in intelligent conversations about physics with physicists, music with musicians, archeology with archeologists, investments (hah) with economists, or the finer points of enlightenment with mystics. What I can do is talk about art with other artists now and then, even when we work in different media.

The other good thing is that I'm discovering some fresh enthusiasm for painting and maybe trying some things I haven't done before. Having only made artwork for the blog these past years my tendency has been to work faster than I used to do. We'll see how that goes - old dogs, new tricks.. you know the rest.
♡
ps: It only took me a year to paint this one :) That's the other thing - drawings I never get around to finishing.
Posted by susan at 8:15 PM 18 comments: 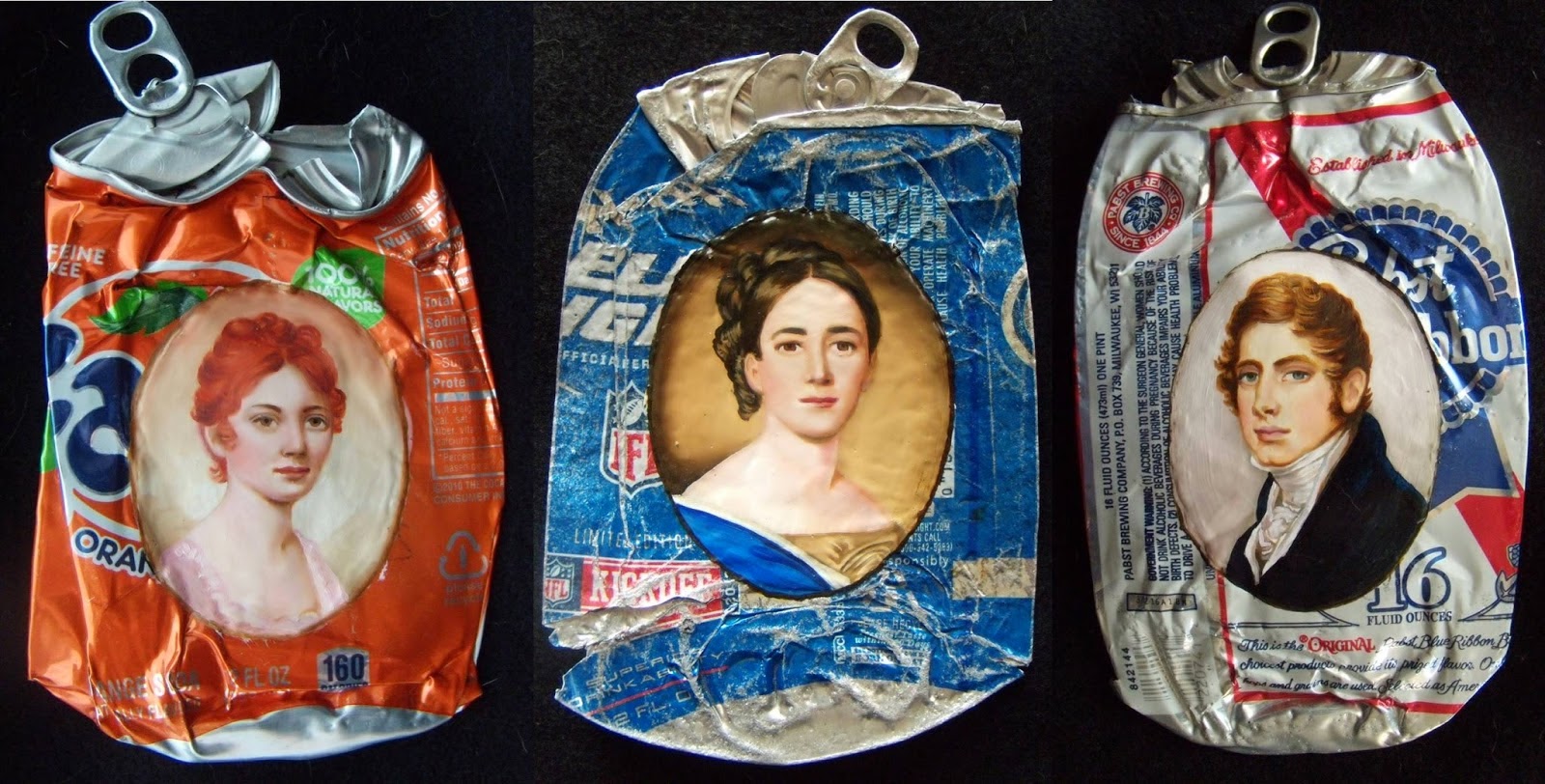 I haven't done an 'other people's work' post for a long time, but the paintings Kim Alsbrook are really worth a look. The project, called My White Trash Family, are miniatures painted on pieces of flattened trash rather than the ivory or expensive linen canvasses such items of self regard usually decorated.

Although the portraits themselves are very beautiful, she has certainly brought the notions of privilege inherent in great wealth crashing down to earth. 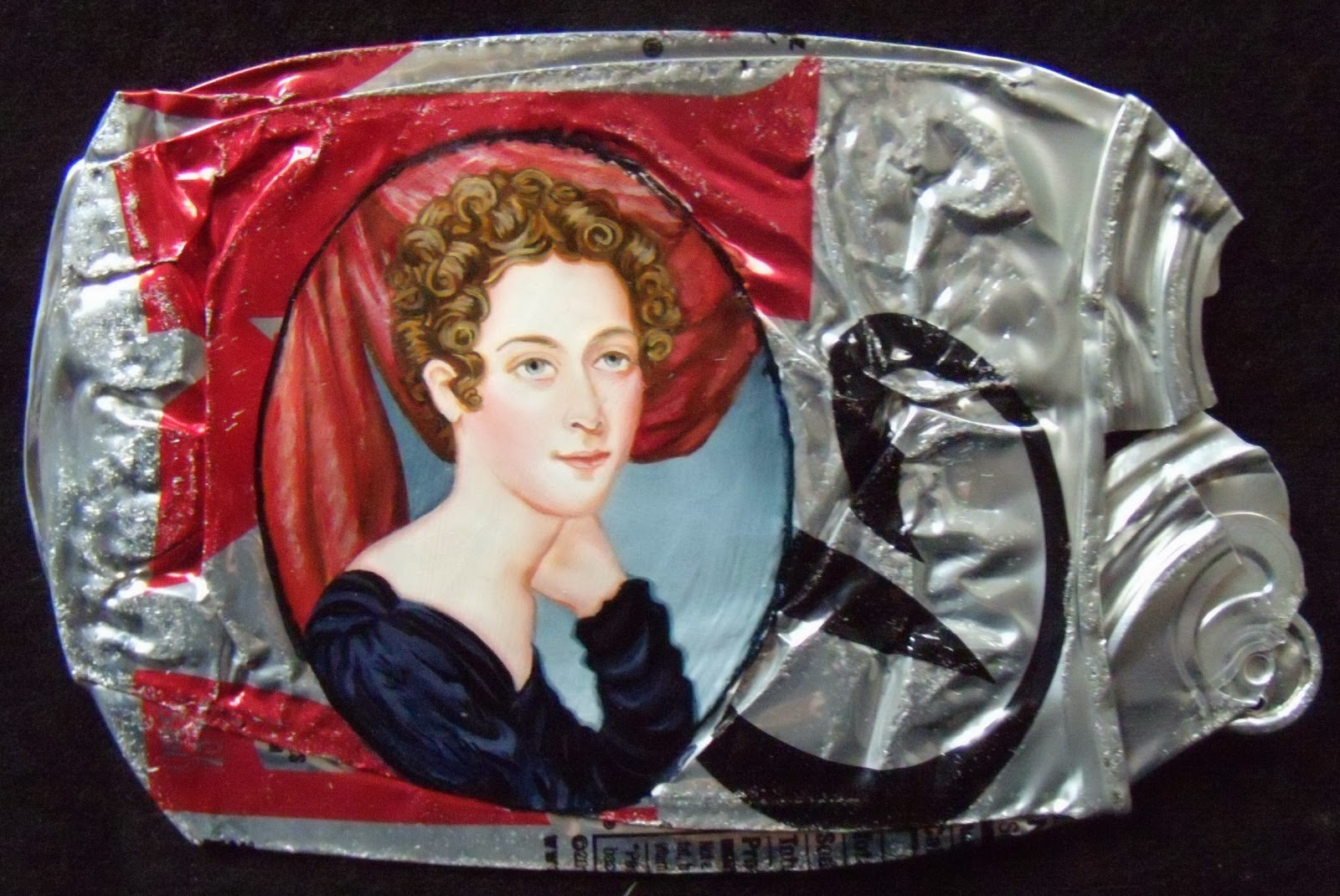 " ... a clutch of beer cans ... crushed flat. On the surface of each was painted a bust dressed in 18th century collars and frocks, and posed as if standing for Gainsborough himself. The aristocratic air of the subject clashes with the disposability of the medium to create an exquisite tension suggesting volumes about the nature of family portraits and the value of art itself."

Statement from Jesse Brass on Vimeo.