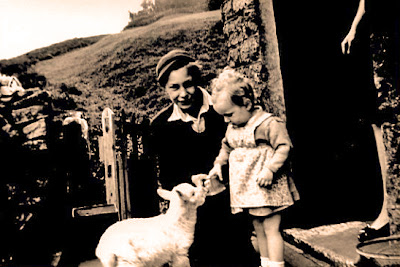 Even though flowers growing outdoors are still rare in these parts, we did see a few crocuses blooming next to a south facing wall yesterday. Today the grass in the park hadn't greened yet but the parking lots were filled with cars and the paths were brimming with smiling people and their excited children and dogs. It must be spring again in Halifax.

I didn't see any lambs in need of feeding but I'm sure they must be out there somewhere. In case you're wondering, this was a picture taken of me doing exactly that many years ago at my grandparents farm in Northern England. I'm not sure where the pinafore went.. or the curls. 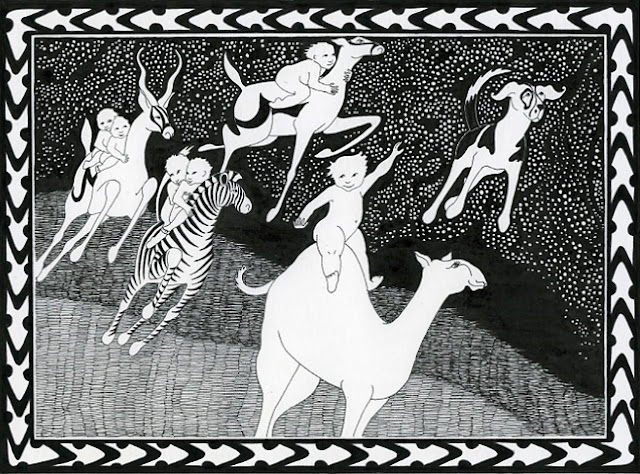 A month or so ago I removed the old 'Baby Days' blog after saving the comments I'll always treasure that had been made when it was new. When I first published it in 2007, the only way I knew to post a picture and text that didn't float was to do so as separate posts. Since there are 18 pictures and verses that meant a lot of clicking through 'older posts' to see it in its entirety. Now it's back on a page of its own if you'd like to see it again or for the first time. I'm still not quite sure where it came from.

Meantime, I hope you have a very
Happy Easter
♡
Posted by susan at 2:14 PM 10 comments: 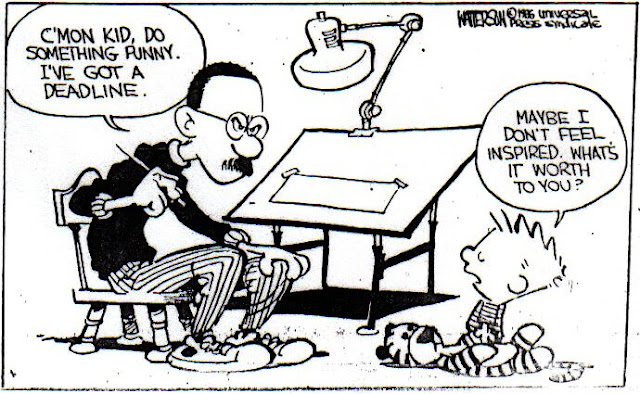 Just lately, every time I come up with something I think is worth writing about, this happens: 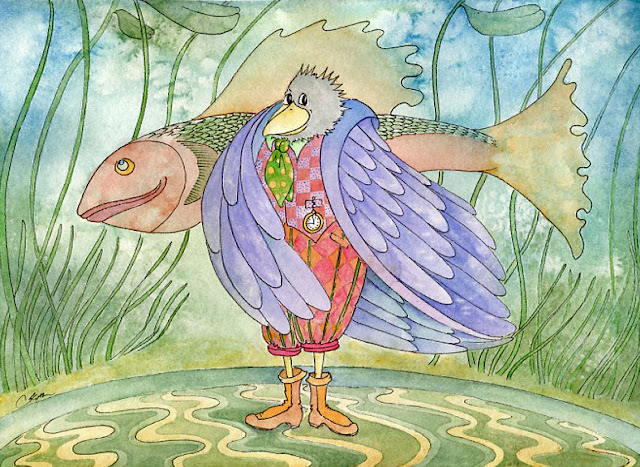 A few days ago Crow and I were sitting in his parlour sipping Remy and  nibbling on fruitcake talking about this that when I suddenly remembered reading about a new food growing method called aquaponics. An aquaponics system circulates used water from fish tanks through plants, whose roots extract by-products as nutrients. The purified water is then sent back to the fish with next-to-no water loss. It sounded pretty good to me as a development for feeding people who live in urban areas since the systems can be set up in either large or quite small areas. I wondered why nobody had ever thought about it before. 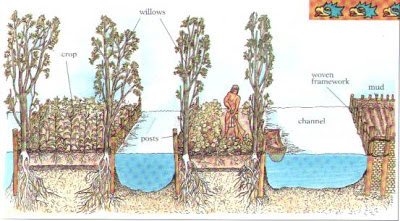 'It sounds like an industrial version of a chinampa to me', he retorted.

'Just goes to show how much you know', replied my venerable corvid companion with some asperity, 'It seems you must never have heard about the Aztec Chinampas either. How is it you went to school for all those years and didn't learn anything useful?'

There's not much for me to say when he gets into one of these moods, other than to sit quietly and wait for the inevitable lecture that will reveal all, so I nibbled on an especially delicious morsel of brandy soaked cake and sat back to listen. 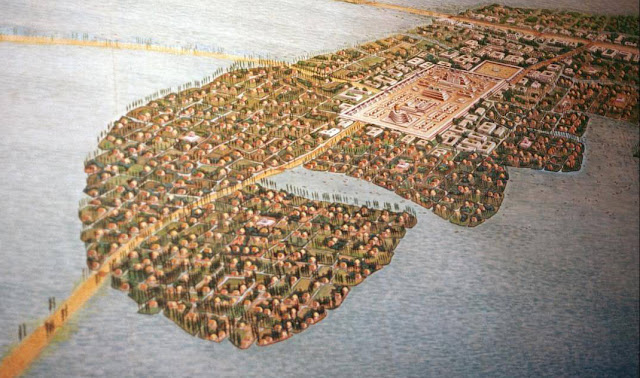 'The simplest definition is that chinampa describes a system of intensive agricultural production in marshes and muddy-bottomed wetlands. The chinampa system was established in shallow lagoons where the terrain was raised into long narrow islands separated by canals. Nowadays they're usually known as Aztec Chinampas because the Aztecs were in charge of Central America when the Spanish arrived in the Valley of Mexico but the technique itself is far older and was in use throughout Central and South America for more than 1500 years before the conquistadors arrived. It was the Maya who first developed chinampa agriculture as a way to feed their huge populations in an environment that was rough and rocky land intermixed with swamps and vast wetlands. The garden land was built up from the wetland by stacking alternating layers of lake mud and thick mats of decaying vegetation that allowed them to grow exceptionally high yields of many crops as well as fruit and flowers. When modern Westerners look at wetlands today, you see nothing but trouble but in the past they were considered real breadbaskets in many parts of the world. The Maya were long gone by the time the Europeans arrived in Central Mexico but the area surrounding the old pre-conquest capital city of Tenochtitlan with its population of 1.5 million people was a 75 sq mile, or 22,400 acre, metropolis of cultivated chinampa farms.' 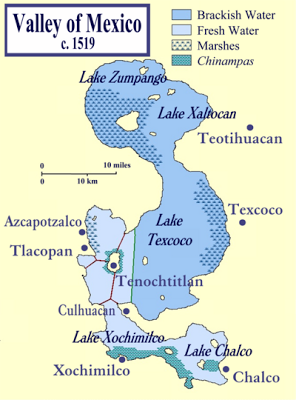 'Even though I saw it myself it's difficult to imagine an area where masses of people lived in close harmony with nature to the new Mexico City. Now 21 million people live there but those lakes and floating gardens are just distant memories except for a tiny, polluted area mostly saved for tourists. Just in case you still don't believe me, here are a couple of descriptions written by early chroniclers:'

Tenochtitlan was bigger than Paris, Europe’s greatest metropolis. The Spanish gawped like yokels at the wide streets, ornately carved buildings and markets bright with goods from hundreds of miles away. Boats flitted like butterflies around the three grand causeways that linked Tenochitlan to the mainland. Long aqueducts conveyed water from the distant mountains across the lake and into the city. Even more astounding than the great temples and immense banners and colorful promenades were the botanical gardens – none existed in Europe.

…built on water, exactly like Venice. The whole body of the city is in water. The wide and pleasant streets are of three kinds. Some consist entirely of water with a great many bridges, others are completely solid, and a third type combines solid and water, with people walking on the dry half and using boats on the other half… Almost all houses have two doors: One leading to the pavement and the other to the water on which they travel by boat. 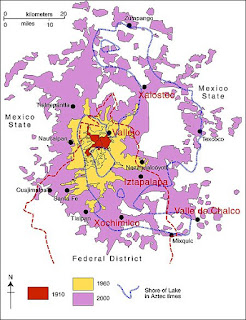 'I can see from that starry eyed look on you face it all sounds pretty nice but Mexico City isn't going to get its drained lakes back any sooner than Chicago is likely to build chinampas in Lake Michigan or NYC in the Hudson River. Still, it's good to remember that human beings have been clever for a very long time (although not as clever as crows). Babylon had its hanging gardens and Mexico had floating islands, so maybe one day when the thousand mile fruit delivery to your local supermarket comes to a halt, there may be more options than you can imagine now. If one of them is an aquaponic garden set in an abandoned shopping mall in what used to be Detroit then I wish you well. I have a feeling there are many surprises in store when your fossil fueled empires are remembered no better than you remember the glory of the Nile Valley. What? That's a story for another time. Now please refill my snifter, I'm dry from all this talk of water gardens.'

plans and what happens 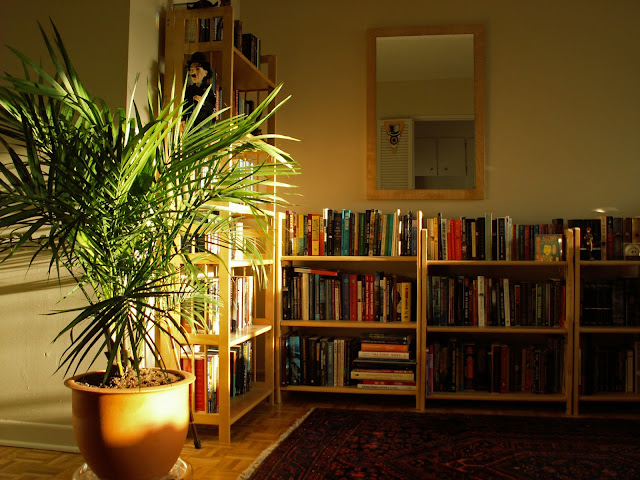 This is our new roommate - that big green thing on the left side of the picture.  What happened was we heard late last week that we're getting new windows, at absolutely no expense to us, other than the disruption that will come of having scaffolding hanging out front during the process, never mind when they actually haul the old ones out (including the balcony door) and put the one ones in. Maybe the rent will go up a tiny bit in honor of all this but that's all part of the fun of renting. Unfortunately, since this will likely occur in late April and May, it means there will be no balcony garden this summer. No vines winding up old tree branches lashed to the rails and no tomato plants in pots. Never mind.

We decided instead it might be a good time to rescue a palm plant we'd seen at the supermarket a few days earlier. It was still standing looking forlorn in front of the banana display when we returned. Approaching it carefully, but not wishing to offend the poor thing, I apologized before poking it with a stick a couple of times to make sure there were no tarantulas still in residence. Once I determined it was clear of jungle fauna I attached the leash, showed it some tasty treat plant food and coaxed it out of the store. We attracted a bit of a crowd in the parking lot when the plant had to make several attempts before managing to climb into the back seat, but by the time we got here all we had to do was tell it our apartment number and it pushed the elevator button all by itself. On arrival it climbed into it's new pot and sighed with relief as the afternoon sun came shining through the old windows.

They tell me majesty palms can quite easily grow to 8 or 10 feet tall. By the end of summer I might need a machete to clear my way to the bookcase. No, please don't tell it I said that. It looks as though I might have committed to a tree after all.
♡
Posted by susan at 8:16 PM 24 comments:

have patience, they say 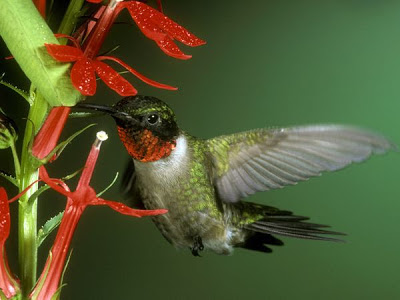 By the time March was approaching I started getting very impatient for the arrival of Spring. Today, yesterday and, again, tomorrow the skies have been, are, and will be overcast and uniformly gray. Sometimes it snows a bit or rains for a while - but not with the conviction of winter storms or summer thundershowers. It's just kind of blah. Walking isn't unpleasant unless I focus too much on the mountainous drifts of dirty ice left by the plows after the last big storm. Stepping off the sidewalk either in town or in the park is treacherous because underneath that lumpy surface is wet ice over  a muddy base. In the early part of winter people were eager to clear their sidewalks but everyone has grown bored with the exercise these past weeks. Spring is on the way and we long for green.

Our balcony, like most in Halifax, isn't one of those where you can sit in comfort inside and gaze out at through sliding glass doors and low-silled windows; instead, there's a solid door and windows you have to stand up to look out. Sky, yes, which is fine, but flowers, no, unless you go outside. My original plan was to plant a tree, that is, until I remembered my history of moving every couple of years, inevitable for one reason or another when you live in rentals. Trees indicate permanence and I'm just not ready to commit to a tree of my own.. not one in a pot, even a pot with wheels. Besides that, having witnessed the sheer ferocity of winter in these parts, I'm not sure a poor sapling would survive. My idea of fun doesn't include standing out in a blizzard holding down a tree. 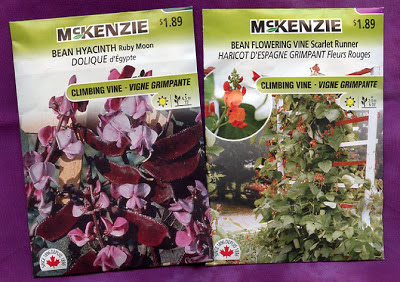 I'd actually put off the idea of a balcony garden altogether until I found myself standing in front of a rack of seed packages at a local store. Have you noticed how so many of those places pull that trick near winter's end? As I stood there enthralled by pictures of flowers I picked up one packet after another reading promises of butterflies and hummingbirds sure to arrive in my garden come summer. Summer. Ahhh. I carried home two packets of vine seeds along with the groceries, seeds that will sprout fast into tall vines I'll be able to see from my couch and through the window next to my drawing table.

I've heard rumors that ruby throated hummingbirds come to Nova Scotia. In Portland we had a balcony garden for eight summers that was devoted to hummingbirds. I'd love to see some here. All I need now are a few decent sized pots, some poles, string, and dirt - lots of dirt. It's surprising just how much dirt it takes to fill an outdoor pot. I'm still thinking it over but the idea of looking up from a painting to see a hummingbird peeking in again sounds wonderful.

Next weekend we turn the clocks forward.
Happy Almost Spring.