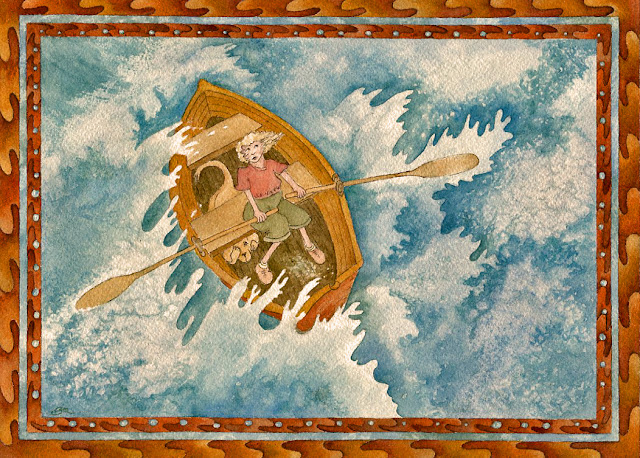 May things stay the way they are
in the simplest place you know.

May the shuttered windows
keep the air as cool as bottled jasmine.
May you never forget to listen
to the crumpled whisper of sheets
that mould themselves to your sleeping form.
May the pillows always be silvered
with cat-down and the muted percussion
of a lover’s breath.
May the murmur of the wall clock
continue to decree that your providence
run ten minutes slow.

May nothing be disturbed
in the simplest place you know
for it is here in the foetal hush
that blueprints dissolve
and poems begin,
and faith spreads like the hum of crickets,
faith in a time
when maps shall fade,
nostalgia cease
and the vigil end. 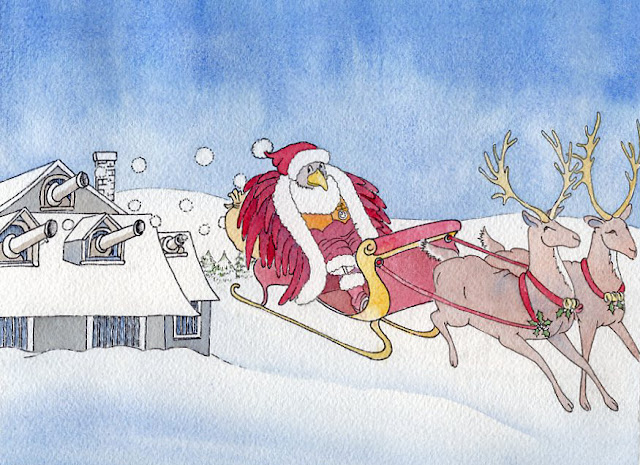 Originally posted three years ago I thought this would be neat to show again. Besides, as Crow remarked, drone delivery systems being closer to reality (horrors!) will bring a whole new crop of hunter gatherers to the fore. Humans are almost as adaptable as crows. 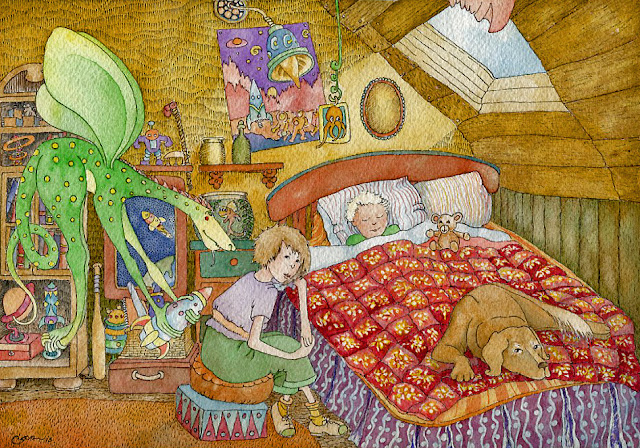 In my ongoing effort to pretend winter doesn't exist and that it doesn't really get dark at 4:30, I've been mucking around with a lamp making project. Before everything outdoors got covered in several layers of ice and snow (about three weeks ago), I carried a pair of secateurs and a shopping bag along on a couple of park walks. Now this is the semi-wilderness park I'm talking about and not the outrageously well maintained Victorian Public Garden. Anyway, I collected some sticks in order to make an 'artistic rustic box lamp'.

The attached pictures will show you just how far I got with the stick lamp - not very as you'll notice. In the second shot the appearance that it's standing upright is deceptive, well actually an outright lie, since it's partly leaning on the black desk lamp behind. Otherwise, it folded into a parallelogram no matter how I tied the strings. I used to be good with geometry too. The idea was supposed to be that a card paper square shade (with cutouts for coloured acetate) would wrap the outside with the other open square tied on top to hold it together. Since it proved to be unstable I tried another plan which was to make the upper square smaller, figuring that would make it less likely to tip. Instead, it twisted. No pictures were necessary as I took the whole thing apart. If we had a fireplace the remains would have made a nice bit of kindling. 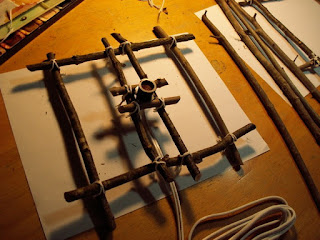 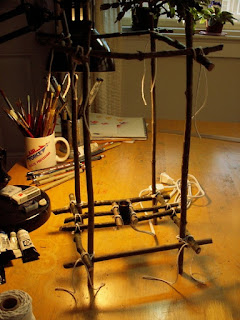 Never mind, at least now I can use my table for its regular duties as a drawing and painting space. Have you ever had projects fail that originally seemed to be really good ideas? At least I wasn't attempting to build a fountain in the living room.. this time.

The above is a picture done a couple of years ago called 'Eustace's Gift' (Eustace being the dragon).

Let's hope for an early spring.

a turn on Crow Lane 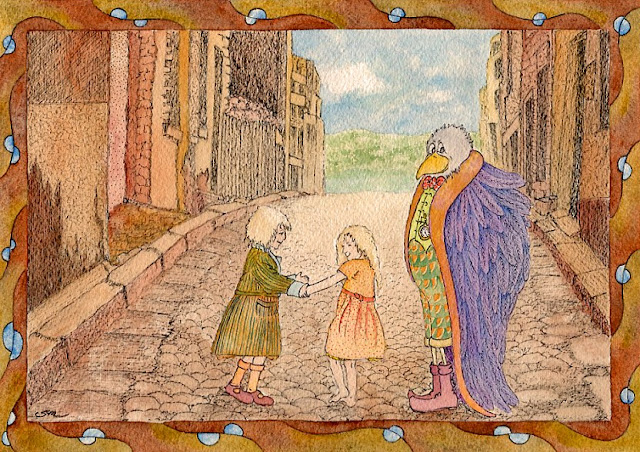 "I believe that maturity is not an outgrowing but a growing up: that an adult is not a dead child, but a child who has survived. I believe that all the best faculties of a mature human being exist in the child, and that if these faculties are encouraged in youth they will act wisely and well in the adult, but if they are repressed and denied in the child they will stunt and cripple the adult personality. And finally, I believe that one of most deeply human, and humane, of these faculties is the power of imagination: so that it is our pleasant duty, as librarians, or teachers, or parents, or writers, or simply as grownups, to encourage that faculty of imagination in our children, to encourage it to grow freely, to flourish like the green bay tree, by giving it the best, absolutely the the best and purest, nourishment that it can absorb. And never, under any circumstances, to squelch it, or sneer at it, or imply that it is childish, or unmanly, or untrue.

"For fantasy is true, of course. It isn't factual, but it's true. Children know that. Adults know it too and that's precisely why many of them are afraid of fantasy. They know that its truth challenges, even threatens, all that is false, all that is phony, unnecessary, and trivial in the life they have let themselves be forced into living. They are afraid of dragons because they are afraid of freedom.

"So I believe that we should trust our children. Normal children do not confuse reality and fantasy -- they confuse them much less often than we adults do (as a certain great fantasist pointed out in a story called 'The Emperor's New Clothes'). Children know perfectly well that unicorns aren't real, but they also know that books about unicorns, if they are good books, are true books. All too often, that's more than Mummy and Daddy know; for, in denying their childhood, the adults have denied half their knowledge, and are left with the sad, sterile little fact: 'Unicorns aren't real.' It is by such statements as, 'Once upon a time there was a dragon,' or 'In a hole in the ground there lived a hobbit' -- it is by such beautiful non-facts that we fantastic human beings may arrive, in our peculiar fashion, at truth."

From The Language of the Night
by Ursula K. Le Guin


We too often forget that tale-telling is thousands of years old. Parents who read to their children or who make up stories are giving them the finest gift in the world.. next to letting them outdoors to play and dream their own stories.