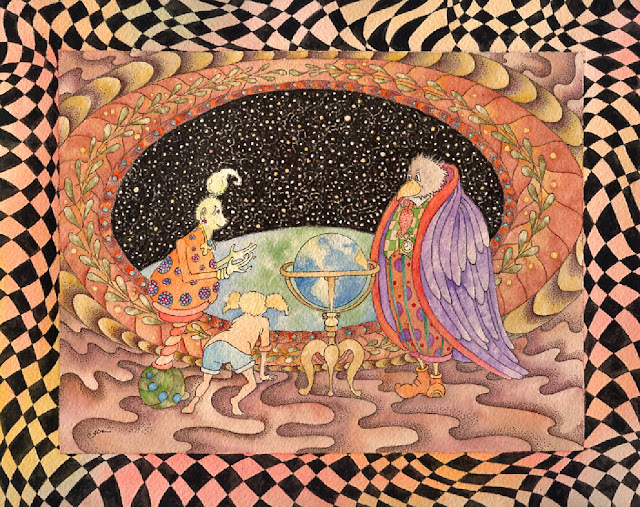 "Apologies for the late arrival but the last time we dropped by this sector, perhaps a thousand years ago, things seemed to be going along swimmingly with your development and it would appear we put your planet a little further down the list for follow-up than would now appear to have been wise. Oh dear, you have dug quite a lot of holes down there, haven't you, and what's all that smoke and nasty colored stuff in the water? Didn't there used to be quite a lot of trees just over to the left and where are the tops that I'm sure were on those mountains last time?"

This, dear susan, was how the conversation began when I renewed my acquaintance with Bijou Son Dopazine Al'ka Quil (you can call me Dope) on his/her/its most recent visit to Earth. Dope, a freelance pan-galactic cryptozoologist by profession, has returned to Earth to see how you people are getting along and to invite any interested members of the planet's intelligent species to join his/her/its cosmic venture. This invitation isn't being offered to humans, by the way - at least not quite yet. Crows, whales and many more, however,  are busy packing their picnic baskets and breathing great sighs of relief.

I first met him/her/it centuries ago when I was on a grand tour of the the outer spiral arm. Dope doesn't actually come from a planet. His/her/its people gave up planetary living so long ago that none of them even remember  which part of the galaxy was once called home. Instead, they live on giant ships, by that I mean ships that could house the Death Star half a dozen times with room left over for several oceans and many forests. They find living on planets to be far too much of a constraint to their natural curiosity.

Not to worry, I won't be going on this trip. Once our friends have been comfortably accommodated on the mother ship 'Seen Enough Yet?' (currently orbiting at L1 and safely outside missile range - haha, fireworks!), I'll be returning home. In the meantime Dope offered a suggestion for humanity that he/she/it hopes will be acted upon before their next visit in 500 years or so:

"Be nice to each other and look after this place. After all, even you should be able to see it's the only planet you've got since all the other decent ones are too far away for you to get to. Besides, they all have their own people anyway.

If you do that and don't accidentally kill yourselves we may be able to provide you with some assistance when we return. Most important is to stop digging all those holes!"

I'll be flying in tomorrow evening, my friend. Don't forget to warm up the Remy and chill the fruitcake.

I'm dedicating this post to another good friend I've never met, Iain M. Banks, whose books about the Culture describe life in a star-spanning "empire" organized along socialist/libertarian/anarchist principles, achieved through post-scarcity technology. The seven or eight humanoid species that founded the Culture along with the others which joined later live without want, and without the need to work; practically anything they can ask for, they can receive. This is largely because the organic Culturniks are under the benevolent de-facto dictatorship... ahem, guidance of the A.I. Minds that control the starships and space habitats the entire Culture lives on.

Could the future be like that for us? As Iain Banks once answered "Only if we're lucky". He is far more clever than me and the books are a treat. I'm hoping we get lucky.

The above was posted originally a couple of years ago but Crow and I like the picture, besides which, the message seems as appropriate now as it did then. Iain Banks died of pancreatic cancer a few months later. His books remain among my favorites.

"So, again no, we didn't discover aliens on Europa. This shouldn't come as a huge shock to anyone. We told you repeatedly that today's announcement wouldn't be about aliens. But every time we do one of these things with the press, inevitably you guys think it's going to be about aliens. So I'll let you in on a little secret. NASA will literally never hold a press conference announcing we have discovered aliens. Because we are never going to discover aliens. Aliens are going to discover us, and when they do it won't be pretty. You can take that to the bank. There certainly won't be enough time for a press conference about it. You probably won't even have time to blink. Just a hot white flash in the sky and then lights out. As far as the universe is concerned, relatively speaking, we're infants. Lord knows we act like it. I mean you guys see the same garbage we do, right? Would you tolerate any of this? If you were them? I know I sure as shit wouldn't. Not even for a second. We're basically infants and when the adults show up - and they will show up sooner or later - it's game over. Best case scenario, we wipe ourselves off the face of the planet before they get a crack at us. You want an announcement about aliens? Here it is: Be careful what you wish for. If you guys knew even a fraction of the shit we do, you'd never sleep again. I promise you that."

Paul Hertz, Director of the Astrophysics Division at NASA

Paul Hertz is real and this quote may be his but I'm guessing some wag made it up since scientists aren't known to be funny in front of reporters - except for Richard Feynman and, occasionally, my friend Andrew.

Today we live in a society in which spurious realities are manufactured by the media, by governments, by big corporations, by religious groups, political groups... So I ask, in my writing, What is real? Because unceasingly we are bombarded with pseudo-realities manufactured by very sophisticated people using very sophisticated electronic mechanisms. I do not distrust their motives; I distrust their power. They have a lot of it. And it is an astonishing power: that of creating whole universes, universes of the mind. I ought to know. I do the same thing. 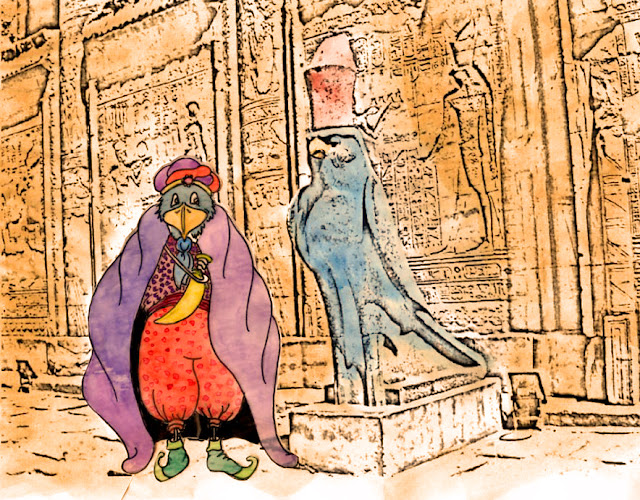 We all have worries, some common to everyone and others simply things that seem vaguely wrong about the way things are in our modern world. One subject Crow and I have talked about at length while sitting by his fireplace sipping Remy these cold and wet evenings of late autumn is the problem of storing what people have learned and made. Music, for one example in my lifetime, has been available in a number of formats over the years. I'm a bit too young (not by much) to remember wax discs but I do remember 78s, the flat discs made of a brittle material that broke all too easily. After them came 45s and albums made of longer lasting plastic. You needed a phonograph to play discs. Next came tapes which required the listener to have a special player. The next big innovation was the the cd, another disc but this one could only be interpreted by a laser disc machine. Now most of us have mp3 files that we access on our electronic devices - no discs, no tapes, no cds, in fact, theres nothing really to see or hold at all. It's pretty much the same for printed matter of all kinds. Now I know this isn't true for all of us, since books are still pretty common as are dvds, but it's largely true overall.

One can't help but wonder what next and, moreover, what if something happened that made all of our electronic information as inaccessible? A major solar flare, which apparently aren't all that uncommon, could destroy much of what's stored in the cloud. Besides music, movies and personal pictures almost all scientific documents are are written and saved on computers. Makes one think, doesn't it? Then, of course, there's just the general course of progress I already described where formats and the means of accessing them disappear.

I was very happy to discover that it hasn't just been Crow and I who have noticed these things. Not long ago on one of my voyages of discovery around the internet I found a website called 'The Memory of Mankind', a group that has dedicated itself to preserving much of our culture using a modern version of the clay tablet. The idea is that information deemed significant is being printed on ceramic microfilm and is being stored in an ancient saltmine in Austria. It's pretty interesting and most definitely a worthwhile project.

Once a king asked his wise men to give him something that would make him happy when he is sad, and sad when he is happy. The wise men spent days thinking about it in silence and watching the clouds go by. On the fourth day, they wrote on a piece of paper and handed it to the king. When the king read it, he thanked them. What did it say?


"We are so small between the stars, so large against the sky."

"We are so lightly here. It is in love that we are made. In love we disappear."

"I've often said if I knew where the good songs came from, I'd go there more often."

"I greet you from the other side of sorrow and despair, with a love so vast and shattered it will reach you everywhere."

"There is a crack in everything, that's how the light gets in."

"I wish I could say everything in one word. I hate all the things that can happen between the beginning of a sentence and the end."

"Prayer is translation. A man translates himself into a child asking for all there is in a language he has barely mastered."

"A woman watches her body uneasily, as though it were an unreliable ally in the battle for love."

"What is a saint? A saint is someone who has achieved a remote human possibility. It is impossible to say what that possibility is. I think it has something to do with the energy of love."

"This is the most challenging activity that humans get into, which is love."