our place in space 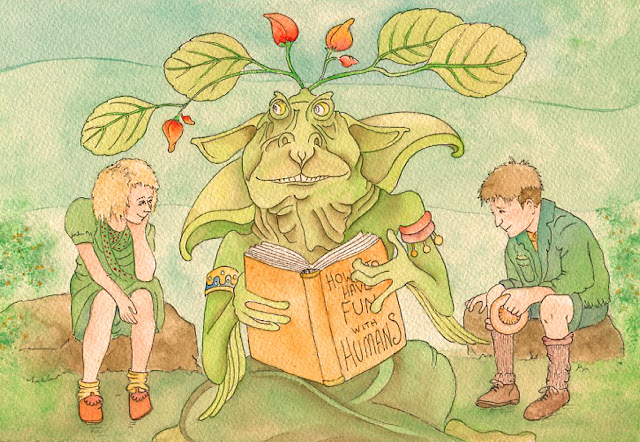 I'm pretty sure I've mentioned before that reading science fiction books has long been one of my pleasures. What I've never done, though, is to understand the alien planets described, the creatures who inhabit them, or the means for our getting to them as anything other than fantasy. It seems to me that to a great extent, planetary sci-fi represented the hope of extending the era of exploration and colonization to new planets after ours had already been explored, mapped and claimed. For a while we imagined the tantalizing possibility of moving to Mars where there were canals to navigate among strange crystalline forests; then there was Venus where cloud covered skies sheltered tropical forests and who knew what beasts. When the scientists developed better telescopes we realized things were very different from what we'd dreamed. That's when faster than light travel and warp speed was fabricated. We just needed to find compatible planets in other solar systems..

Still, science fiction doesn’t lose its value as a work of the imagination, after all, just because the future it imagined was never an option in the first place, and the worlds it envisioned never existed. Few people argue that The Wizard of Oz or The Lord of the Rings ought to be pulped just because Oz and Middle-earth don’t happen to be real locations. The same rule applies just as well to science fiction, once we get out from under the notion that these brilliant works of imaginative fiction are somehow supposed to pretend to be sober predictions of the future.

As a species, we haven’t come to grips with the most fundamental aspect of our existence. This planet doesn’t belong to us; we belong to it. The idea that we, who go nowhere even on this abundant earth without our stuff, can afford to relocate to a lifeless sphere where it costs us countless millions just to drop ship a Roomba, is unhinged. There isn’t time (or pockets) deep enough for that project. I suppose it’s another apocalypse fantasy designed to avoid cleaning up our mess.

I was feeling quite depressed about our prospects as a species and casting about the sky in hopes of finding a stray giant asteroid, when I happened instead upon a film about John D. Liu, an environmentalist and filmmaker, who documents large-scale ecosystem restoration projects in China, Africa, South America and the Middle East, highlighting the enormous benefits to people and planet of undertaking these efforts globally. Some of the successful projects I've seen were far larger than I could have guessed - including an enormous area in China that is quite breathtaking. Here's one of the documentaries you might enjoy next time you have a half hour or so. If only such projects were more widespread our world could be a so much better place for us and all the beings we share it with.

The stars are very far away. Perhaps beings on other planets might spend some of their ample free time reading stories written during their own species’ brief period of industrial exuberance, when they dreamed of traveling to the other worlds of their own solar system or beyond. Hopefully, and if we are very lucky, the same recreation will be available to our descendants as well.