This is the Bounty, a copy of the original, one of theTall Ships which have come and gone from Halifax. One afternoon last week we walked down to the harbor to see them and although it was nice getting to see some close-up details, the only really good way to see wooden ships is in full sail. That happened today when they all tittled off to wherever tall ships usually hang their canvas. 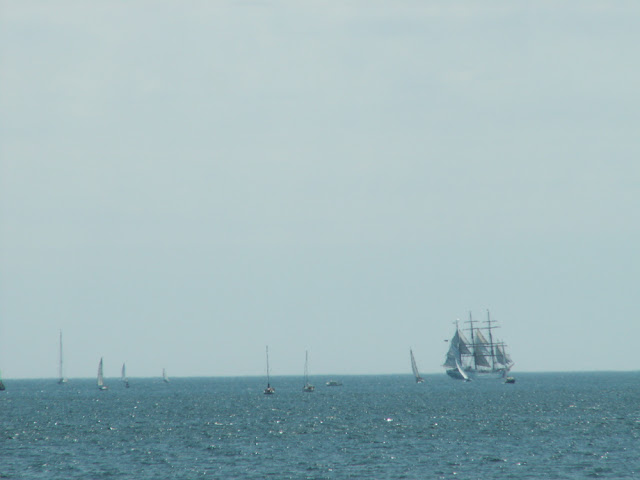 We got down to the park about an hour after the parade was due to start and I thought I'd missed the whole show when the only one in sight was The USCG Eagle already far out to sea. 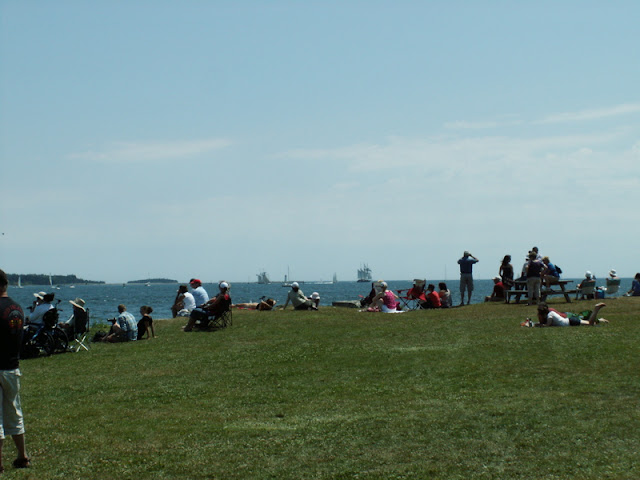 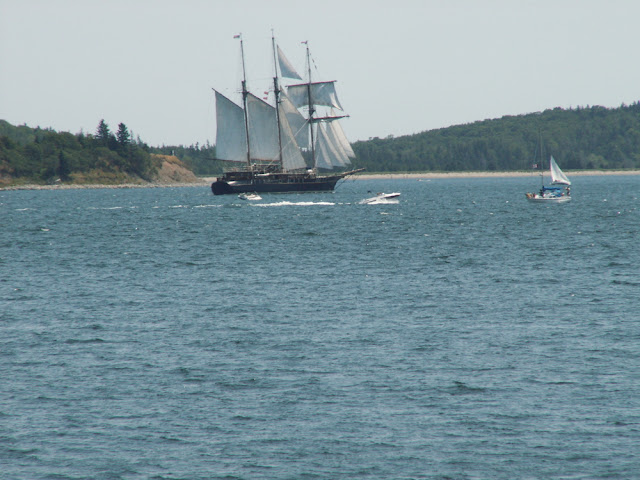 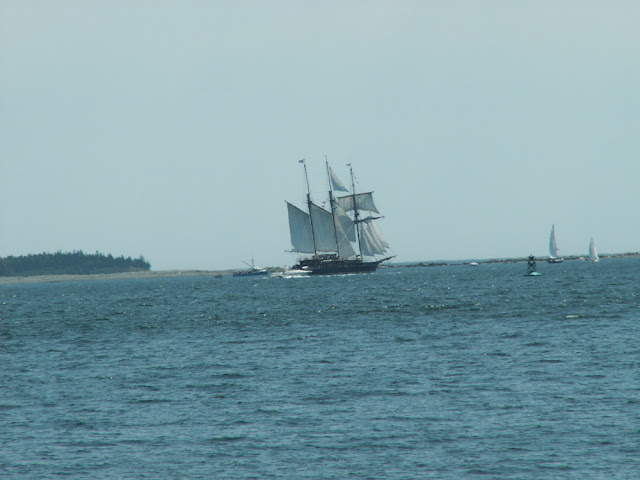 Happily, there were soon more of them sailing through the narrower channel from the city and lots of people were gathered to watch them pass. There goes the Peacemaker. 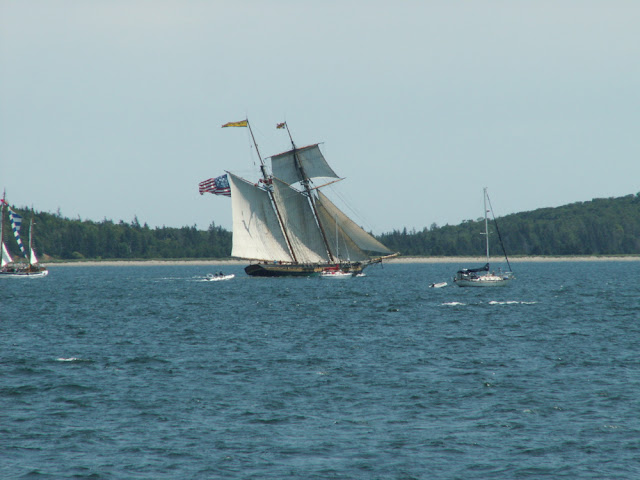 Next, the Pride of Baltimore - a lovely schooner. 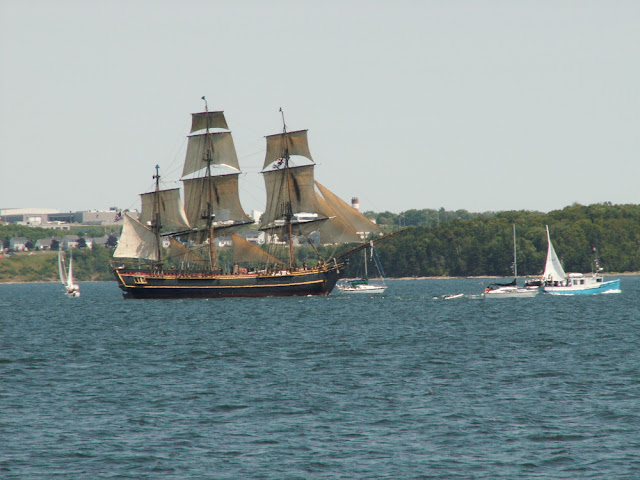 We were especially looking forward the seeing the Bounty under sail and weren't disappointed when she sailed her stately way out of the inner harbor. Much heavier than some of the other boats, she took time to get up some speed but that just meant we could watch her for longer.

The last I saw of Crow was when he flew over and perched on one of her spars as she was heading out to sea. He said he couldn't resist but would be back soon. Me too.
♡