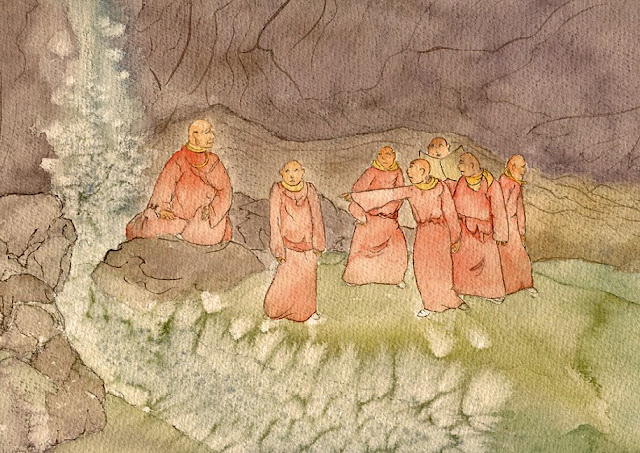 A weeks long meditation retreat that was being held in the mountains of Japan was attended by many students of the great master. During the gathering one student was caught stealing. The matter was reported to the master with the request that the culprit be dismissed. The master ignored the case.

Later the student was caught in a similar act, and again the master disregarded the matter. This angered the other students, who busied themselves drawing up a petition asking for the dismissal of the thief, stating that otherwise they would leave in a body.

When the master had read the petition he called everyone before him. “You are wise brothers,” he told them. “You know what is right and what is not right. You may go somewhere else to study if you wish, but this poor brother does not even know right from wrong. Who will teach him if I do not? I am going to keep him here even if all the rest of you leave.”

A torrent of tears cleansed the face of the brother who had stolen. All desire to steal had vanished.

I never know which of these stories will get me to draw a picture next - they must be lessons I need to hear myself. Anger may be a righteous reaction, but it never seems to solve anything.