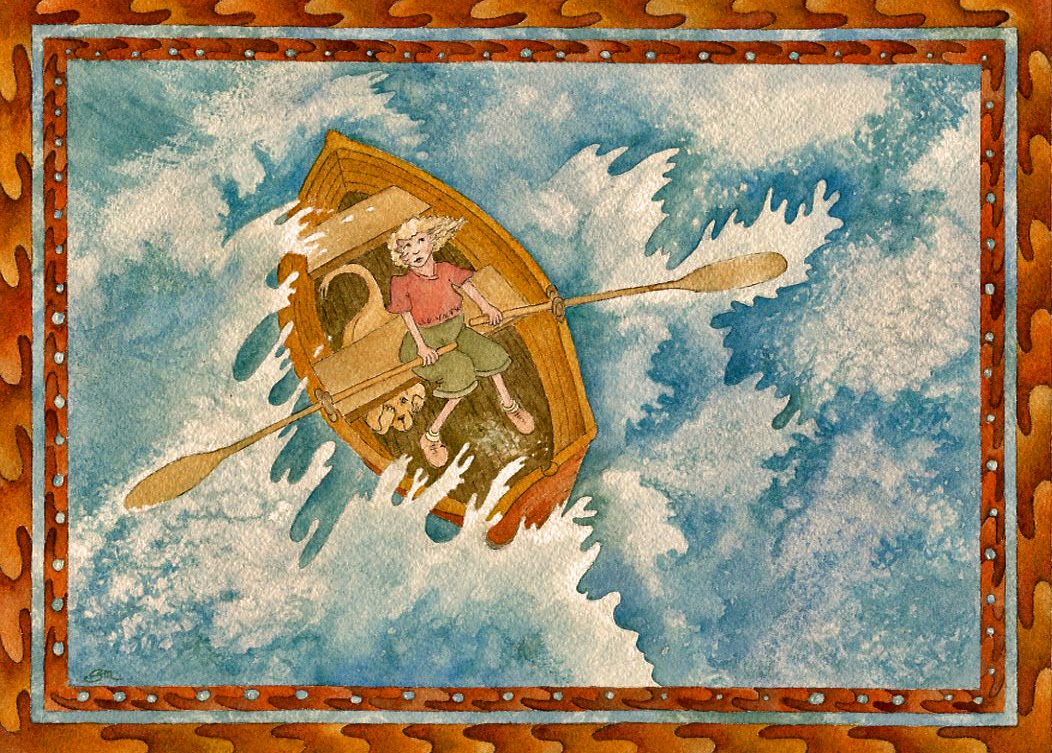 A year or so ago I posted some pencil sketches under the titles of storyboarding this and that. What I've been up to just recently has been a process of refining and actually turning some of those ideas into watercolor paintings. The funny thing is, other than a vague concept, I don't actually have much of a story to draw from. So what I'll do is paint the pictures and see where they lead. This is one.

Other than the fact these images are kind of compelling in themselves, the main reason I've decided to work on finishing some of them now is to allow myself to get comfortable with using full spectrum color again. Paintings done just well enough to provide something entertaining to look at before a blog post have made me lazy. Besides, some practice is essential before I begin work on that real story illustration project I mentioned earlier this month.

If you're in the mood to read something both interesting and relevant to the political, financial, and social turbulence we're currently exposed to every time we get out of bed - those of us who are lucky enough to have beds and roofs to cover them, that is - I highly recommend the recent articles on Golem XIV under the title, The Next Crisis. The articles are long but his points are valid for anyone who believes, or suspects, as I do, that partisan politics are simply another method used by the rich and powerful to divide and so conquer the rest of us. His premise is as follows:

1) The Over Class must retain and consolidate their control over the global system of debt.

2) The power to regulate must be taken from nations and effectively controlled by corporations.

3) Professionalize governance. Democracy can be and must be neutered, and an effective way of doing this is to insist that amateur, elected officials MUST take the advice of professional (read corporate) advisors. Expand current law to enforce this.

4) The financial system badly needs un-encumbered ‘assets’ to feed the debt issuing system. A new way must be found to prise sovereign assets from public ownership. Such a new way is suggested.

5) In order to facilitate the political changes necessary, the public mind-set must be changed. National Treasures such as the NHS in Britain must be re-branded as evil State Monopolies. Choose your own examples.

6) Effective ways must be found to convince people that democratic rule is no longer sufficient to protect them.

7) An alternative to Democracy must be introduced and praised.


Okay, if you've read the above (or even have bookmarked the website for later), now it's time for the uplifting and entertaining part of the post - this time a short video piece about the great benefits of re-introducing carnivores to the US. In the past couple of weeks I read again two of Jack London's most famous stories: The Call of the Wild and White Fang. Who wouldn't prefer a real wolf to the one who wears a hand made suit and a $50k watch?