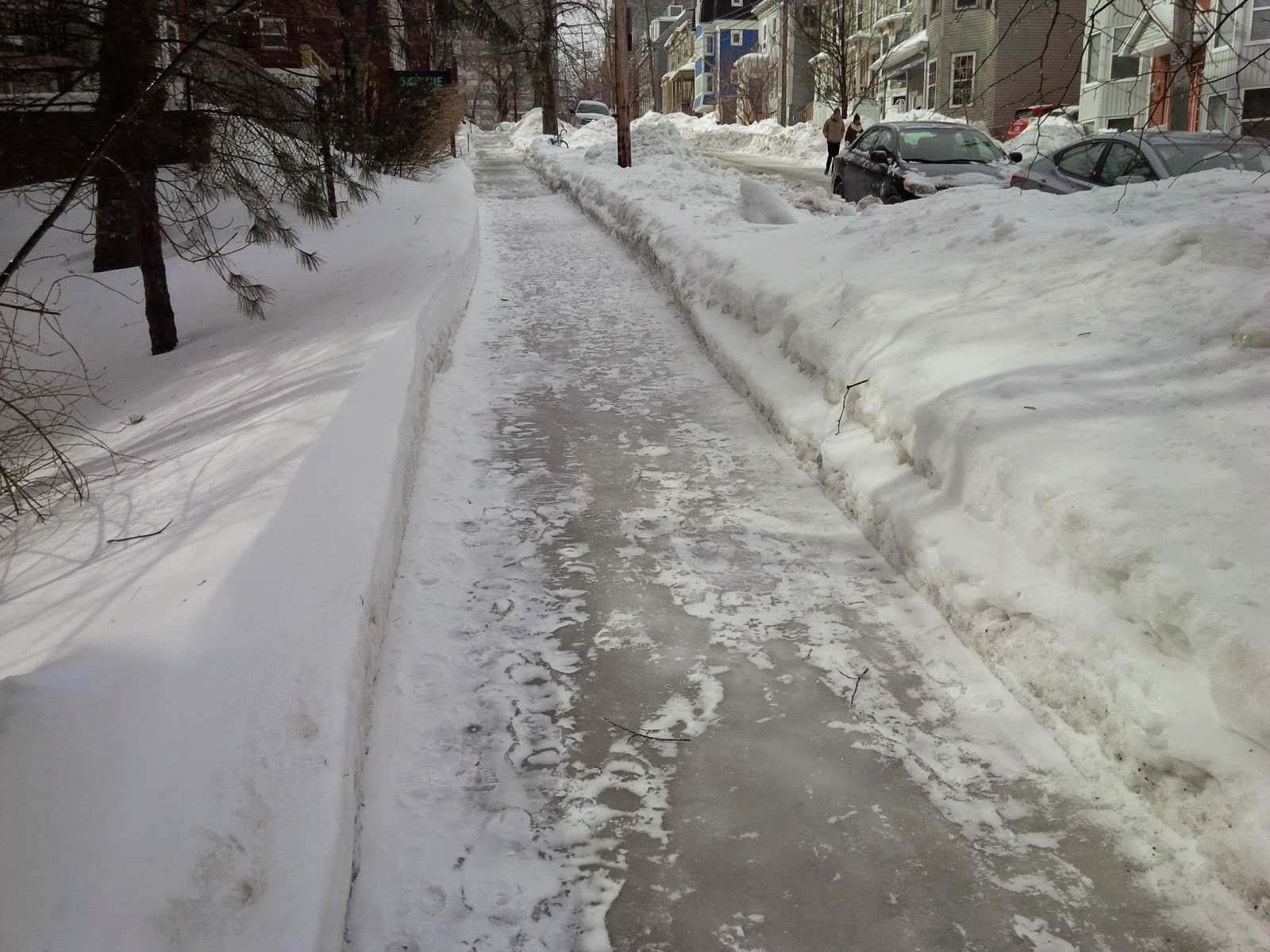 It hasn't been the snow, or the cold, that's been getting the people of Halifax down this winter, but the ice. Ice all over every sidewalk in town is something that can definitely get you down - and fast too as I can attest by experience. While some few (very few) people have cleaned the footpaths in front of their properties, it's no longer the law here that they must do so. Last winter the city council enacted a new ordinance that stated the municipality would be responsible for sidewalk (slidewalks as they're now known) snow and ice clearance rather than individual property owners. The program hasn't exactly been a triumph of city planning. 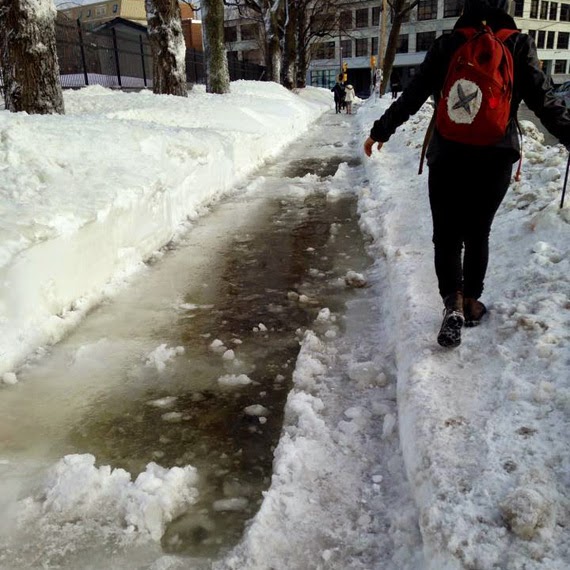 A few days ago I watched a local news video that showed several hundred people protesting outside city hall about the street and sidewalk cleanup - or rather, the lack of it. Noticing just how many of the protestors were on crutches I couldn't help but wonder how many of them had been recently injured. If you didn't begin the winter with a mobility issue chances are you have one now. 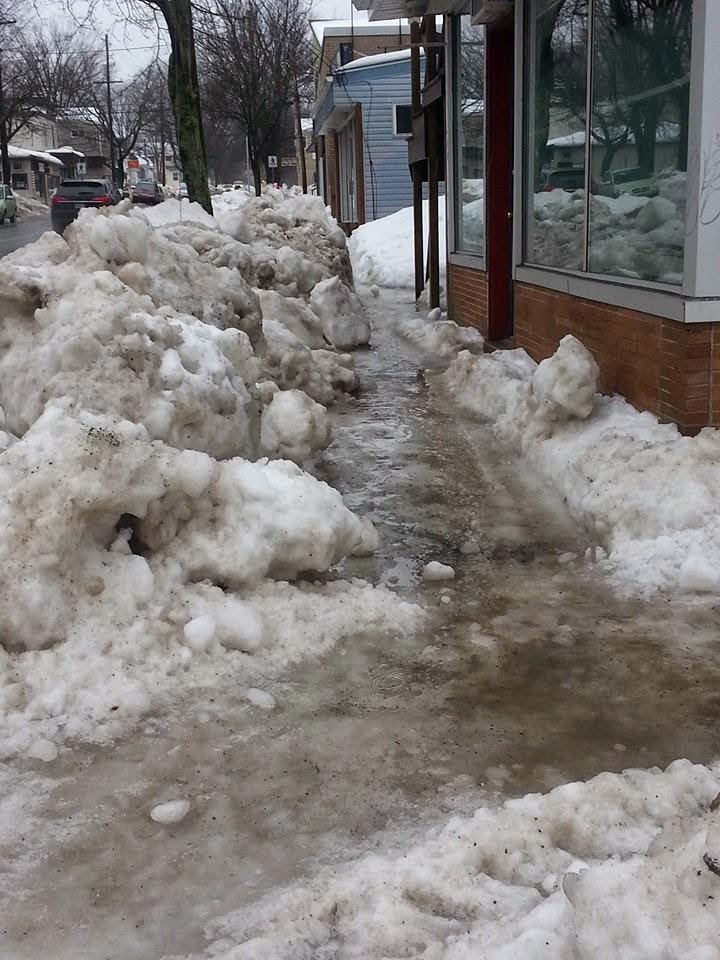 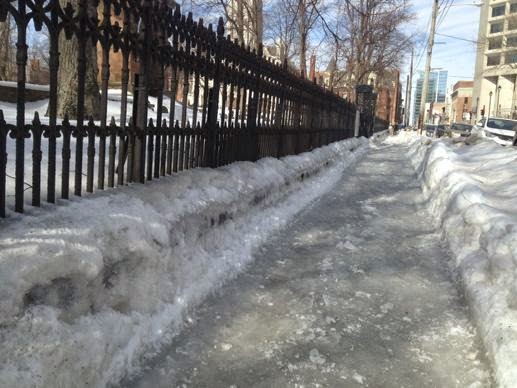 An exchange of comments in the local news:

Its call WINTER, get over it. Is there anything the maritimes do not whine about?

@bien etre I know, right? I can't believe these overprivileged disabled people in crutches or in wheelchairs demanding the right to leave their houses to buy groceries or go to work. 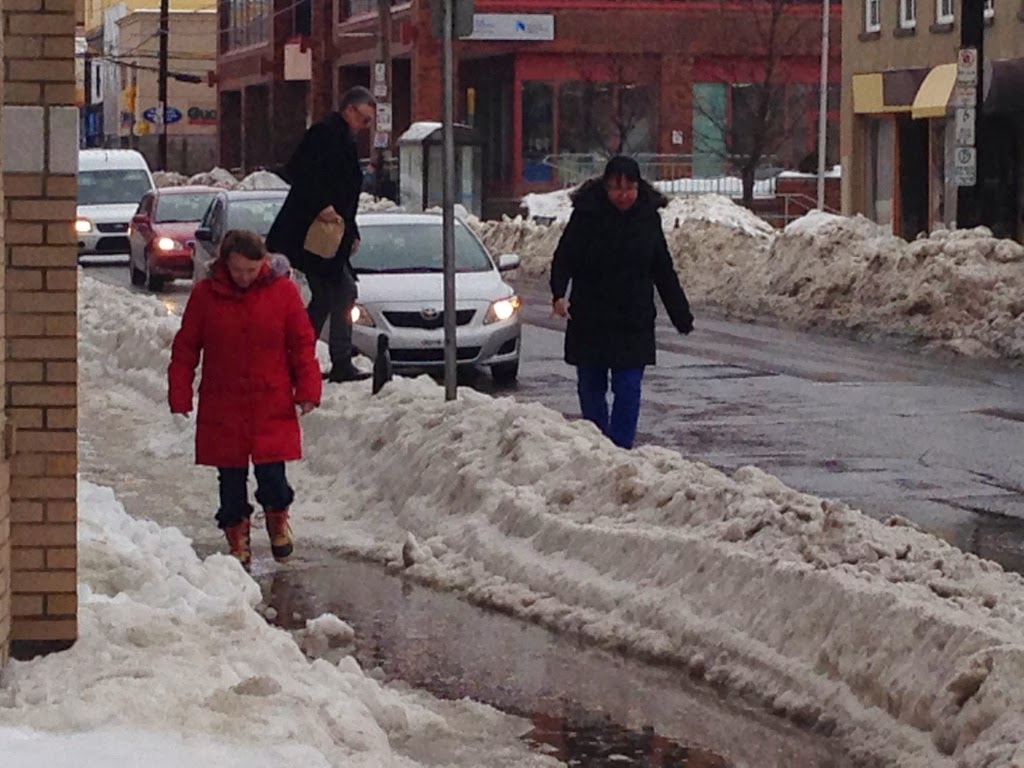 The clocks moving forward this weekend mean that spring will soon arrive. In the meanwhile we find ourselves stopping to wonder just how deep the puddle in front of us might be, whether there is ice underneath that water, and might it not be better to climb another snowbank and walk on the street once more. Sometimes it really is safer to walk in traffic.

I promise to say no more about winter - at least not this year :)

Oops! I forgot something: You'll note that in several of these pictures there's a nice wide expanse between snowbanks made by small plows called Bobcats that remove the top layer of snow and compact what's left under their tracks. In most snowy cities this works pretty well, but the difference in Halifax is that our constant freeze-thaw cycles made thick icy paths when the previously easy to remove snow wasn't cleared to the pavement.
Posted by susan at 7:00 PM