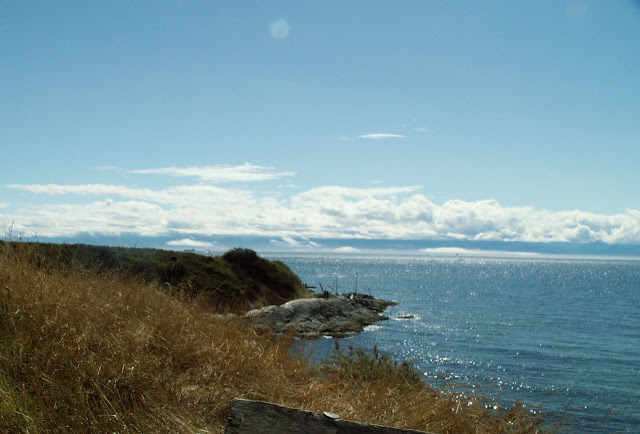 Thanks to your note yesterday I finally got around to solving the problem I'd run into in not being able to comment on your blog posts. Yes, I did notice you'd come back a few weeks ago but since I haven't been to blogger very often these days I just thought you'd changed your settings on your return. I'd tried several times to leave you a note and every time was blocked by not having an 'account'. Also, phantsythat was behaving oddly and I knew I hadn't made any changes. So I got in touch with the help desk forum where I eventually discovered an anti-tracking program (Ghostery) I'd loaded a few months ago had identified a number of blogs (including my own) as sites to be constrained. The solution was very simple in that all I had to do was to mark Gwynt (and phantsythat) as 'trusted' sites. I left a couple of comments on your more recent but older posts and I see one of the people from the forum had dropped by your place too to see if all was well (he's the one who deleted his comment).

Anyhow, that's that. As for me (and Crow) it's true we kind of slipped away from blogging last March and who'd know better than you just how difficult it can be to pick up the traces again? Somehow I'd made a commitment to posting a new illustration of some kind to every piece I posted on the blog and I'd pretty much run out of steam. When I paint or attempt any artistic endeavor the results are invariably based on how much time I've taken. By that point I'd been taking less than the necessary time for a good while and I felt it showed. Added to that was feeling like if I had to write about something important to me I must try to do so in a way that wouldn't offend anyone else. Talk about a conundrum, eh? You can never make everybody happy and sometimes you can't make anybody happy and that's just the way things go.

Lastly, and to not make this too long, although the circumstance described certainly too long enough, we packed up our Halifax, NS life and moved four thousand miles to Victoria, BC late last summer. If you're a Canadian who wants to live in a milder climate but not leave the country this is the place to be. Getting here and becoming established has taken much time and energy.

So far I haven't even attempted to draw anything since last winter. That may change. What also may change is our possible return to phantsythat. After all, you were gone for two years and for us it's only been ten months. We'll see what happens next.