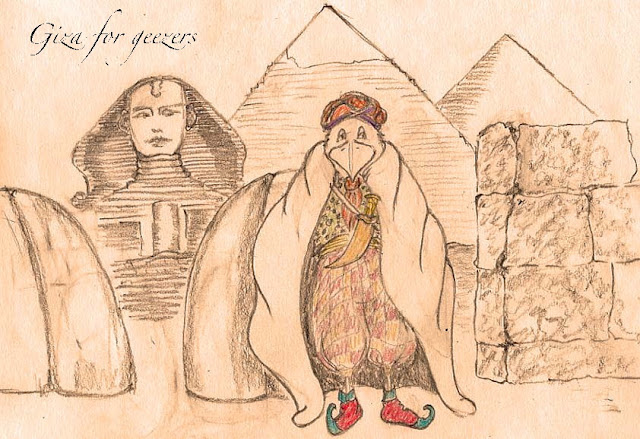 Crow has sent another postcard from Egypt in which he appears to be enjoying himself enormously. He's even taken to wearing one of the costumes he favored during the reign of Ramses I. There wasn't much room for writing on the card that seems to have been through a sandstorm or two on its way here except for:

My friend the Sphinx is a little irked about his nose having gone missing and has wondered aloud 'What is wrong with you people?'

I know you've been drinking my Remy Martin but under the circumstances you're forgiven so long as you purchase more. Bag of dates on the way and me too.

ps: I wonder if NYC will still look this good in 2500 years?


I always wanted to go to Egypt but along with so many places I'd prefer to go there at least 100 years ago before the tourists arrived. Wouldn't it be fine to be sailing up the Nile toward Karnak in 1923?