one for three or three for one 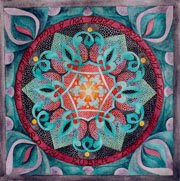 Awards.. I got a couple recently and as usual I felt embarrassed about the attention but what's more to the point is that I'm the proprietor of a very tiny blog with about 12 occasional readers. I like it that way but it really does limit me from being able to pass around the awards - never mind the rules about link back to this and don't forget to post a note over there etc. So I've decided to post my own award since it's almost my birthday and everybody knows you can do what you like on your birthday. I'm awarding the phantsythat 'gotta love it' award to the following charming and much more popular bloggers listed below. There are no rules. Keep it yourselves or give it to someone you like. Your choice. 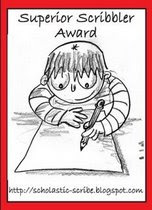 I opened my email a week or two ago and found this highly artistic blog award from my friend, Randal. Since he was using it merely as a bribe to get me to post another of my historic watercolors I did just that and then went over to read more of his contemporary poetry and sports reports - sometimes they're side by side or all mixed up in the same post. The guy's either a marvel or his wife sometimes forgets to put his medication in his breakfast cereal.

Thanks to Utah Savage for the lovely Marie Antoinette award. We both tend to lean toward the Madame Dufarge side of the equation since we're of an age where we've learned the satisfaction of outliving the bastards. You must admit though, the aesthetic appeal of this picture compared to one of a pair of knitting needles and a head in a basket. Utah's been writing her savagely beautiful autobiography as a thinly disguised novel at the same time I've been drawing and telling the adventures of a silly person who shouldn't have been allowed outside by herself.

Then there's Border Explorer who in the midst of moving from her summer home in the midwest to the Texas - Mexico border can still take the time to do justice to memes and pass out awards properly all while continuing her commitments to human rights issues. I mean the lady and her husband are right out there on the front lines and not just writing the odd note to a disinterested legislator. BE asked me for a list of seven favorite albums and to oblige here's what I found under the B's:

Oh what the heck. Since I'm already in this far I'm going the rest of the way. The award is for all of you who come by and like it and just in case you'd like to see it it full size: 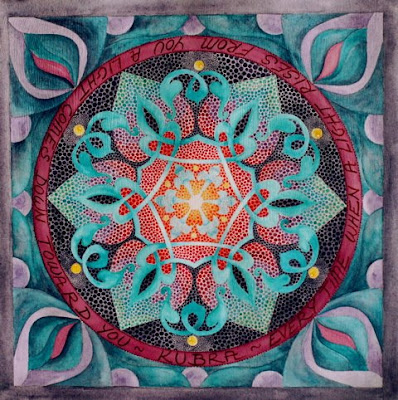 'Every time when a light rises from you, a light comes down toward you.'
Kubra
Posted by susan at 7:41 PM