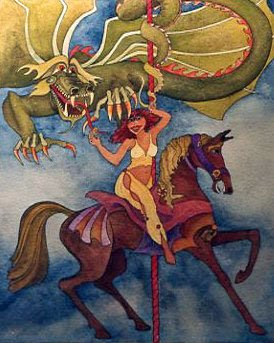 
WASHINGTON—African-American man Barack Obama, 47, was given the least-desirable job in the entire country Tuesday when he was elected president of the United States of America. In his new high-stress, low-reward position, Obama will be charged with such tasks as completely overhauling the nation's broken-down economy, repairing the crumbling infrastructure, and generally having to please more than 300 million Americans and cater to their every whim on a daily basis. As part of his duties, the black man will have to spend four to eight years cleaning up the messes other people left behind. The job comes with such intense scrutiny and so certain a guarantee of failure that only one other person even bothered applying for it. Said scholar and activist Mark L. Denton, "It just goes to show you that, in this country, a black man still can't catch a break."

With thanks to The Onion

Sad but true. Nevertheless, along with you guys, I'm still pretty euphoric. For once in a lifetime we've got the brass ring. The monster aren't gone but at least they're no longer holding the reins and tomorrow is another new day.. and the girls get a puppy to take to the White House.
Posted by susan at 1:19 PM