survival of the kindest 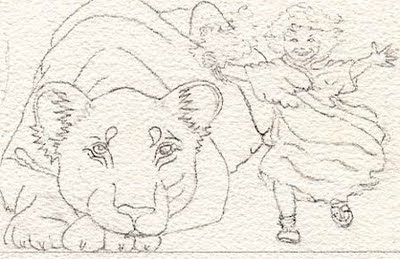 Compassion, in Tibetan Buddhist terms, is a spontaneous feeling of connection with all living beings. It's not 'feeling sorry for' or even love in the usual way we understand the word. Instead, it implies a direct expansion of the heart and the deep understanding there is no difference between us.

I know we're programmed at a biological level to avoid threats to our survival and to grasp opportunities to enhance our well being. You don't have to subscribe to the daily papers or watch television to understand our history is one of violence to one another. But I don't believe that's all we are and it's equally apparent we may have an even stronger biological tendency toward kindness, compassion, love and nurture.

There were amazing stories throughout Europe during the Second World War of ordinary people risking their lives to shelter their Jewish friends and neighbors from the Holocaust. We often hear stories of people here doing extraordinary things in times of crisis - like the thousands who helped at the World Trade Center after 9/11 and the thousands who went to New Orleans and the Gulf Coast after Hurricane Katrina - as examples of a general human tendency. There are smaller examples too, ones we've all experienced, whether the small acknowledgement of holding a door open, giving money to someone in need or even a shared smile between strangers.

Just the simple fact that we've been able to build societies and civilizations that at least concede the need to protect and care for the poor, the weak and the defenseless supports the idea that an ethical sense is part of our make-up as human beings. I think we're not as bad as we sometimes imagine we are as a species.

I've decided to put aside the silk painting for a time and go back to paper and watercolors. There's an immediacy with drawing and painting I truly enjoy which maybe you'll notice about the pencil sketch above that I did on the weekend. It will be a small painting (5x7") and will change during the process but that's what I seem to have the energy for right now. It's called 'Joy'. It's okay if you call me sentimental :-)
Posted by susan at 8:03 PM