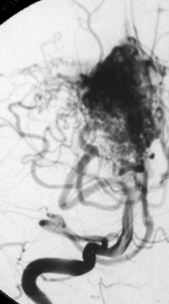 I've had a number of strange experiences but it was the night of New Year's Day seven years ago when one of the most intense adventures took shape. I'd been doing yoga routines followed by meditation nightly for more than two years and was generally more relaxed but on this particular night as I sat in meditation, a shocking explosion of white light rocketed through my head. It was gone as fast as it came but thinking I must be very tired I went up to bed still seeing tiny light flashes as I climbed the dark stairs. I fell into a deep sleep and woke up the next morning in the emergency room of the hospital where I'd worked for eight years. My husband, who was holding my hand, looked a complete wreck.

He told me he was awakened at 3:00 am to find me shaking and struggling to breathe. His first thought was that I was having a heart attack and turning on the light he saw I was blue and either deeply unconscious or the other thing. He checked again to make sure I was breathing but couldn't wake me so, not knowing what else to do, carried me down the stairs, dialed 911 and held onto me until the firemen arrived. I have a brief memory of trying to fight off these big guys wearing black rubber suits who were trying to stick needles into me but little else. I knew I wasn't dressed for meeting strangers. Really, what's the world come to when you can't be safe in your own bed?

The doctors at the ER never did figure out what had happened and neither did my general practitioner when he read the notes a few days later and told me to call if anything else happened. Nothing like it had ever occurred before and my husband was adamant he didn't want it happening again. Neither did I but I had no memory of the event itself. Recalling the firemen having said it looked as if I'd had a seizure he did a web search when we got home and when he read the description of grand mal recognized what he'd witnessed that night.

Strangely enough, I'd spent my first two years at the university hospital working for a neurosurgeon who specializes in treating brain tumors so the next afternoon I went up to his office for an unofficial consultation. He read the ER reports then asked me how I'd feel about seeing the inside of an MRI scanner - now. Oops. Having an MRI is like being inside the sound box of a giant instrument played by a madman. Thankfully, the meditation exercises served me well by easing the claustrophobia I suffer at the idea of being trapped in an enclosed space.

The next morning the doctor called and said he'd arranged for me to have another scan, this time an MRA, and that we should meet him in clinic immediately after it was done. Having worked closely with him I was well aware that he only gets excited by fascinating medical conditions. Remember I said he treats people with brain tumors? I remembered the code we'd use at another neurology office when we were scheduling scans for headache patients - rule out BFT - which meant Big Fat Tumor. Aargh! The MRA, for magnetic resonance angiogram, was the same as the last scan but in a different machine. I was beginning to understand the music.

As promised, the doctor met us in his clinic and, much to my dismay, was practically dancing with delight as we walked back to the consulting rooms where the computers were up and running with the strangest pictures I'd ever seen of myself. The MRA had produced a full color video image of the blood flow into the left side of my brain where a golf ball sized mass of tangled tissue throbbed with a little mind of its own. We looked more closely at the screen as the doctor and his senior resident introduced us to my AVM and its associated aneurysm. They explained that although having one was a bad thing, the good thing was that it hadn't killed me before I was 30. The extra good thing was that with modern advances in surgical treatment they'd be able to cure me.

What is this thing - an AVM? I'd spent ten years working in neurology and had never heard the term. It turns out it's a vascular abnormality where an artery is attached directly to a vein with no capillary bed in between to lower the arterial pressure. If you imagine what happens to a loose garden hose in an empty bucket when the tap is turned on you'll know that's what had been going on in my head (empty bucket is apt as well). AVM's can be anywhere but having one in your skull is an especially nasty business. I'd been born with it and over the years it had grown enough that one night a twitch had ignited a cerebral storm.

The doctors, now a group of specialists, agreed this was a time bomb that had to be defused sooner rather than later. I had an angiogram done a few days later so the feeding vessels could be identified. In order to do this the neuro-radiologist punctured the big femoral artery in my groin and threaded catheters through the maze of the arterial map, through my heart, on up through the carotid on the left side of my neck and all the way to the top of my head where the little bugger was nested. He very kindly gave me some pictures to take home for the family album. The print isn't scannable so the picture here is very like it except it's missing the bulging aneurysm behind my left eye. It kind of looks like a strange tree.

Plans were formulated that I'd be admitted to the hospital for two days worth of surgery once all the pre-op testing was complete. The neuro-radiologist would block the feeding arteries with coils and glue which would effectively starve the AVM and the following day the neurosurgeon would excise the thing. It sounded pretty straightforward to me and we were both convinced it would be fine. What else could we do and how do you tell your mother you're having minor brain surgery? The doctors joked I'd likely be smarter afterwards since I'd have better blood flow to the cultured part of my brain.. an arguable assumption but I was in no position to quibble.

An interesting thing about brain surgical procedures is that, although you can't feel anything, you're never completely unconscious while they're happening. Since the surgeons need to be sure of not damaging anything you might need later, the anesthesia has to be handled delicately. While they drilled, sawed, cut, peeled, sewed and screwed little titanium fasteners, I dreamed I was turning into a dragon. Funny how these thematic images recur and how some dreamed experiences seem more substantial than mundane reality. It must have been the drugs. My clawed feet grasped the bedrock under the hospital, huge wings unfurled and I looked out over the city, the river and the mountains in the distance. Just as I was thinking about flying away the surgery must have ended because other drugs put me fast asleep.

As you can tell from reading this everything did go well and, although the recovery was somewhat arduous, it actually went by very fast. I was back at work five weeks later and, yes, I still meditate.

Sorry about there being no drawings but it wasn't an adventure I'd planned.
Posted by susan at 9:00 PM