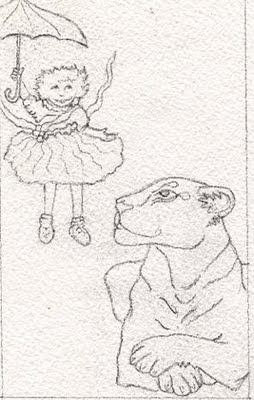 Today is Thursday and last night I wrote about my worries that the new computer would have to be shipped back . It turned out the Mac Genius was able to fix her today by deleting all the information on the hard drive (!). Apparently some bizarre corruption had manifested and he didn't know why which is a bit worrisome too. Oh well, she's being updated now but still doesn't remember me. I guess I'll be spending a few days reminding her about all the fun we were having together and convincing her to be ready for more.

Thanks for all the good wishes :-)

My computer is still sitting on its corner shelf taking up space while I'm tapping away on numb's MacBook. He's been very generous about allowing me whatever time I want but you know how it is. I prefer my own.

Tomorrow we have a 15 minute appointment with an Apple Genius. I thought that name was a joke but it turned out to be true. Before we called them numb hauled out the troubleshooting manual and read that we should unplug the computer from its power source and remove the battery before pressing more keys all at once than the average person has fingers.

First, it turned out there's no little panel on the back where you'd normally access the battery so he got a small screwdriver and removed about a dozen tiny screws that were almost all different sizes. There turned out to be a big warning sign on the battery saying, 'Do Not Remove'. So he screwed the back on again. Then he went online to look for Apple Support where the instruction was to call the local store. The call was like something out of a Franz Kafka novel when the girl at the store insisted he had to make an appointment online.. even though she was obviously looking at the times available on her own screen. Okaaay..

We couldn't go there last weekend because they don't have Geniuses on hand during prime time sales hours. They're there to sell i-pods and other fancy bits and really don't want anyone showing up with a broken machine while they're trying to push the product. I guess I can understand that but it doesn't say much for customer service. So tomorrow we have a planned day off and a previously unplanned 10am appointment. What we'd like is if they would remove the hard drive and my custom screen and put them in a new MacBook Pro. I have a creepy feeling the Genius is going to take 15 minutes removing the back and telling us to make another appointment. Maybe not. They're more likely to instruct us to Fedex it back to Apple HQ. It's Christmas for heaven's sake. Wish me luck.

By the way, I did find another new drawing for a small painting I can share with you. It's called 'Float' and one I remembered I'd emailed to a friend. Hopefully, I'll be able to work on it this weekend. I'll be visiting and meanwhile Crow sends regards.
Posted by susan at 5:39 PM