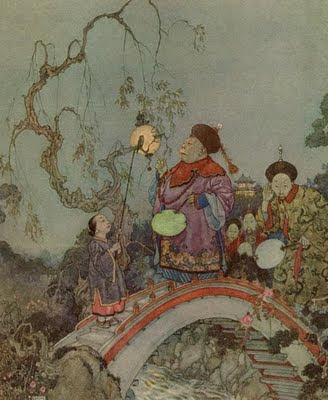 Every so often I find a song stuck in my mind. It might be one I haven't heard for years but all at once the whole thing is there - music, phrasing, lyrics, everything. I know it's not an unusual experience, lots of people mention such things and if they tell you which song has been haunting them you'll find yourself singing it to yourself hours later. It can be annoying but if you think about it for a minute it's also very interesting.

For most of human existence on Earth people didn't have written languages. A large part in our pride of modern culture is the fact we are literate and there's hardly any worse insult than to call someone illiterate. Nevertheless, even up until fairly recently the larger part of humanity was illiterate since only the wealthy, the monastics or the very determined had access to any books at all. Yet it's inarguable that architecture and shipbuilding thrived as did every aspect of a growing civilized culture long before people were able to read a morning paper before they headed off to work on the building site of the local cathedral.

It's generally understood among archeologists that the first forms of written language were the hieroglyphs developed in Egypt around 2500BC. Socrates reported the ancient Egyptians said that writing had been invented by the mythical god-man Thoth who took his new system to Amon 'the god-King of all Egypt' and urged him to introduce it to the populace saying: 'Oh King, here is something that once learned, will make Egyptians wiser and will improve their memory'. It's said that Amon replied:

'Oh, most expert Thoth, one man can give birth to the elements of an art, but only another can judge how they can benefit or harm those who use them. And now since you are the father of writing, your affection for it has made you describe its effects as the opposite of what they really are. In fact it will introduce forgetfulness into the soul of those who learn it: they will not practice using their memory because they will put their trust in writing, which is external and depends on signs that belong to others, instead of trying to remember from the inside, completely on their own. You have not discovered a potion for remembering but for reminding; you provide your students with the appearance of wisdom, not its reality. Your invention will enable them to hear many things without being properly taught, and they will imagine that they have come to know much while for the most part they they will know nothing.'

From what I can understand there was an even more ancient tradition that was adamant that certain things not be written down. Even now archeologists have been unable to decipher the Indus Valley script in spite of having found thousands of small tablets, all of which appear to be in reference to trade goods. Lengthy works of Indus cuneiform might allow the texts to be deciphered but none have ever been discovered, a fact that might lead one to think they didn't trust the medium of writing for anything more important that the strictly mercantile.

The oldest elements of the ancient world's oral traditions are the Hindu Vedas, essentially hymns and very very long ones at that - the Rig Veda has 1028 hymns made up of more than 10,580 verses (and there are three other Vedas). The interesting thing is that they're in a very old form of the Sanskrit language and weren't written down until about 1200 years ago. Before that, for thousands of years they were memorized in their entirety. Really. It's hard to imagine, isn't it? But then I come back to those songs that stick in my head from time to time - the silly ones mostly - and I wonder if that penchant we all have might just be a little reminder of just how powerful our minds might be.

The Australian Aboriginals have a recognized 60,000 year history in Australia (although they say it's much longer). When groups met one another in the vast landscape they would sing the story of the path they'd travelled to each other, a memorized history known as the Song Lines. That story goes all the way back to their memory of walking the unfinished landscape with the gods singing the world we know into existence.

But obviously things are better now that we have the Google. I think I'll go find that song that keeps returning: