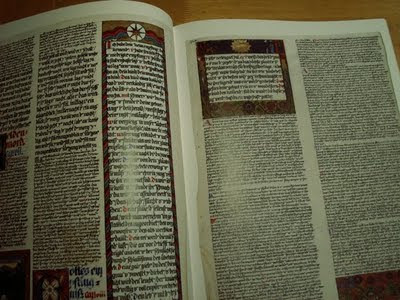 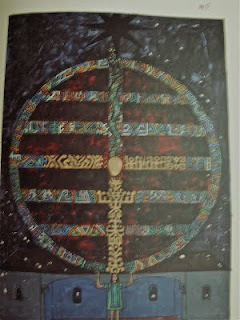 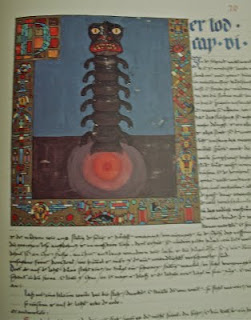 Yesterday we came home to find an enormous box leaning against our door. What it contained is a book that's become legendary to people interested in the work and discoveries of Carl G. Jung - a perfect facsimile folio copy of the Red Book.


I'm no scholar and it's probably silly of me to want such a thing but I have been interested in why we are as we are for many years and a number of Jung's books have found a place in my smallish library. This one is something I never expected to see, never mind own. It's staggeringly beautiful with every page illuminated with his fabulous paintings of his personal journey to individuation. No, I don't read German but happily, the latter part of the book is a complete translation of the text.

Who are we as individuals according to Jung? We are the sum of the five archetypes that define our selves in this world. Briefly put:

The Persona is that which we present to the outside world.

The Ego is the centre of consciousness but not the totality of the psyche.

The Shadow is the box for all of that which we have disowned.

The Self is simply the centre and the totality of the entire psyche. It is the archetype which contains all the other archetypes and around which they orbit. It's something of a paradox, and extremely difficult for the conscious ego to accept.

The years … when I pursued the inner images were the most important time of my life. Everything else is to be derived from this. It began at that time, and the later details hardly matter anymore. My entire life consisted in elaborating what had burst forth from the unconscious and flooded me like an enigmatic stream and threatened to break me. That was the stuff and material for more than only one life.

Everything later was merely the outer classification, the scientific elaboration, and the integration into life. But the numinous beginning, which contained everything, was then. C.G. Jung 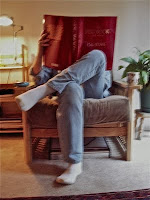 I know the pictures above don't do the book much justice but they're the ones I took earlier today in dim light. You'll know where to find better ones. For me, opening the pages is like seeing the work of William Blake for the first time.

Now all I have to do is wait ten years for my husband to finish reading it.
Posted by susan at 3:12 PM